Dr Benoit Guenard
Thursday, 21 Apr 2022
Google Calendar Outlook Calendar
7.00 pm to 8.30 pm
Webtalk
This talk is particularly suitable for our teenage members as well as for all adults. The event is free of charge for members. For guests or non members, the registration fee is $50. Please click into https://rgshk.org.hk/payment-for-hk-biodiversity-museum-web-tour-on-thu-21-april. The webinar link is going to be sent to members, guests and non members at 12.30 pm on Thursday, 21 April.
In this tour, Dr Benoit Guenard introduces how the idea of opening the Hong Kong Biodiversity Museum (HKBM) originated. He goes on to discuss what are the current objectives and planned future developments are. 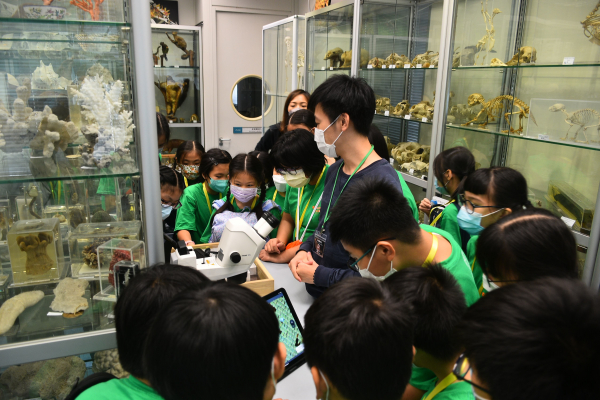 Benoit explains the vision for the HKBM through its three pillars: the Window; the Bridge; and the Vault. He explains what these are and how they can serve Hong Kong society and the preservation of its natural heritage. Finally, he reveals how everyone in Hong Kong can become actors to assist the museum’s growth and blossoming.

Due to its geographical location, topography and climate, Hong Kong presents an astonishing diversity of plants, fungi and animals, with an estimate of more than 30,000 species. With over 15,000 specimens, the HKBM hosts the largest and most comprehensive biodiversity collection within Hong Kong. Several of the species, collected from the 1920s to the 1970s, are unfortunately now considered as threatened and thus represent an important part of Hong Kong’s heritage.

All around the world, Natural History Museums play a central role in efforts to promote environmental knowledge, the preservation of fauna and flora and scientific research. The absence of such museum in Hong Kong, however, represented a major gap that needed to be filled urgently and Benoit explains how this is being achieved.


Dr Benoit Guenardis from France and was educated at the University of Quebec at Montreal, Canada, North Carolina State University, USA, where he read for his PhD, and Okinawa Institute of Science and Technology, Japan. He is an Associate Professor at The University of Hong Kong and the Director of the Hong Kong Biodiversity Museum. His research, published in over 100 scientific articles, focuses on the study of biodiversity and takes a holistic approach across different fields of biology, while using different spatial and temporal scales. He is a renowned ant expert, a group rich with some 16,000 species, for which he developed the first global distribution database, a first for any insect group.