Special Events: The Ice Dogs- Surviving on the Other side of Russia

Benedict Allen
Thursday, 7 Apr 2022
Google Calendar Outlook Calendar
7.00 pm to 8.00 pm
Webtalk
The event is free of charge for members. For guests or non members, the registration fee is $50. Please click https://rgshk.org.hk/payment-forbenedict-allen-webtalk-on-thu-7-apr. The link for this webtalk is going to be sent at 12.30 pm on Thursday, 7 April.
With his usual good humour and panache, famous explorer
Benedict Allen tells the story of his extraordinary sledge expedition of 1,000 miles through the Russian Far East in the worst winter of living memory. 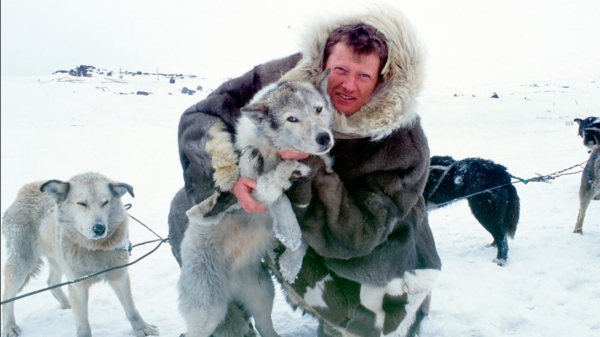 He tells how he earned the loyalty of his ten dogs, as he battled with the help of two Chukchi reindeer herders north to the Bering Strait. From there, he set off alone with his dogs across the semi-frozen pack ice, attempting to make the first recorded crossing to Alaska.

Benedict tells a story full of both poignancy and drama, as he and his dogs endure the threat of frostbite, bears and blizzards – and discover the different qualities that go to make a successful team.

These range from “Top Dog”, the indomitable sledge-dog leader, to his trusty bodyguard, “Flashy White”, the wayward intellectual “Jeremy” and a key dog “Mad Jack” – a tricky but equally important character whose job it was to tackle any wolves.

Hailing from the United Kingdom,
Benedict Allen is one of the world’s best-known explorers. He studied Environmental Science at the University of East Anglia and has been a professional explorer and writer since his early 20s. When he is not on expeditions, he is a well-known author, television presenter, filmmaker and public speaker.

On his expeditions, he is best known for travelling with no support, phones or GPS. Relying on just his knowledge of local environments, and the secrets of his trusty “survival kit”, he believes this allows him to immerse himself in the indigenous communities. His journeys are well-documented in his nine books and five major television series, works which are considered pioneers of the modern expedition television genre.