Von Humboldt: a Pioneer of Geography: The role of Asia in his studies

Dr Sandra Rebok
Monday, 20 Dec 2021
Google Calendar Outlook Calendar
7.00 pm to 8.00 pm
Webtalk
The event is free of charge for members. For guests or non members, the registration fee is $50. Please click https://www.rgshk.org.hk/payment-for-dr-sandra-rebok-s-talk-on-mon-20-dec . This link for this webtalk is going to be sent at 12.30 pm on Monday, 20 December.
In this talk, Dr Sandra Rebok offers a general introduction to the great Prussian naturalist, geographer and traveller, Alexander von Humboldt. She also discusses his interest in Asia within his scientific projects and explains the significance of his legacy today. The talk is a fascinating look at the early stages of geography. It tells the story of one of geography’s founders and the only person to have an overseas World Heritage Site named after him. 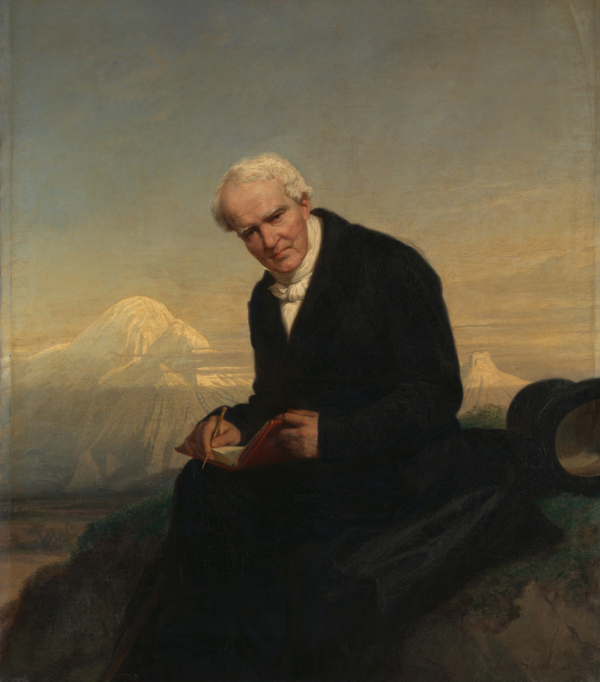 Humboldt is mostly known for his famous scientific expedition that took him through Spanish America for five years from 1799.  With his global and holistic approach to nature, he was interested in studying all aspects that he encountered in the New World - the geography, flora, fauna and minerals, as well as social, political and economic questions.

He also had a strong interest in Asia and pursued different plans for a second major exploration voyage that would take him to Asia.  In 1829, at the invitation of Tsar Nicolas I, Humboldt was finally able to venture into Asia, as far as the Russian border with China.  It provided him with vital data and deepened his interest in civilisations beyond Europe and America.

Humboldt was one of the key figures in the modernisation of the sciences during the 19th century.  Humboldt had a crucial role in the establishment of geography as a modern discipline, and also made beautiful illustrations of the mountains that he had climbed and other geographical features.

Dr Sandra Rebok is a historian of science, author, speaker and scientific consultant. Trained in Heidelberg, Paris and Madrid, she worked for many years at the Spanish National Research Council and was a Marie Curie Fellow at the Huntington Library in California.  Her research focuses on the globalisation of science, intellectual networks and transnational scientific collaboration during the 19th century.  She has over 20 years of experience in Humboldt scholarship, she is the author of several books on Humboldt and the editor of three of his works in Spanish.

She is author of the seminal books Jefferson and Humboldt and Humboldt’s Empire of Knowledge. Currently, she is working on a new book that analyses Humboldt’s networks of knowledge within the United States, Expanding the Frontiers of American Science.  In addition, she has curated several exhibitions in the field of history of knowledge.  During the year 2021-2022, she is a Visiting Scholar at the University of California in San Diego.