Five Decades of Exploration of China and Beyond

Wong How Man
Thursday, 16 Sep 2021
Google Calendar Outlook Calendar
Complimentary Drinks Reception at 6.30pm; Talk at 7.30pm
17/F., Lippo Centre Tower 1, 89 Queensway, Admiralty
The year 2021 marks the China Exploration and Research Society 35th anniversary. Wong How Man discusses this milestone and presents a ten-minute film covering the Society’s over three decades, and for him nearing 50 years, of exploration in China and beyond. 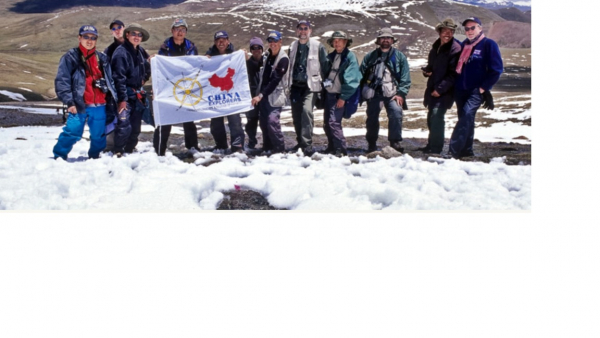 How Man then goes on to show that despite the lock-down and travel restrictions, CERS has expanded its projects to within Hong Kong’s vicinity.  He describes CERS’s recent projects in Lantau Island through a film, followed by a discussion of his summer expedition to Northern Tibet.

He then discusses CERS’s work in China’s northwest region and even coastal China in recent years.  He then talks of CERS’s 30 years of exploration in Hainan showing its project site, illustrated by a short film illustrating his work there from the 1980s to now.

Hailing from California, USA, Wong How Man is the Founder President of the China Exploration & Research Society.  Being “China’s most accomplished explorer”, Time Magazine has honoured Mr Wong as one of their 25 Asian Heroes.  In a career spanning over 40 years of exploration in remote China together with neighbouring countries, Wong How Man is a veteran at National Geographic, having led six major expeditions for the magazine.  In 1986, he founded the China Exploration & Research Society, which expanded his exploration work to conservation of China’s natural and cultural heritage.  He has authored 15 books and innumerable articles, and his work has been featured often on CNN, National Geographic Channel and many other media.

The Royal Geographical Society - Hong Kong wishes to express its thanks to
Tanner De Witt as the Drinks and Venue Sponsor of this talk.

Due to social distancing, only a small audience with reduced capacity is permitted, which has been reflected in the cost. This event is going to be held within our understanding of the social distancing rules of the Government then prevailing.  Social distancing regulations are to be observed at all times.