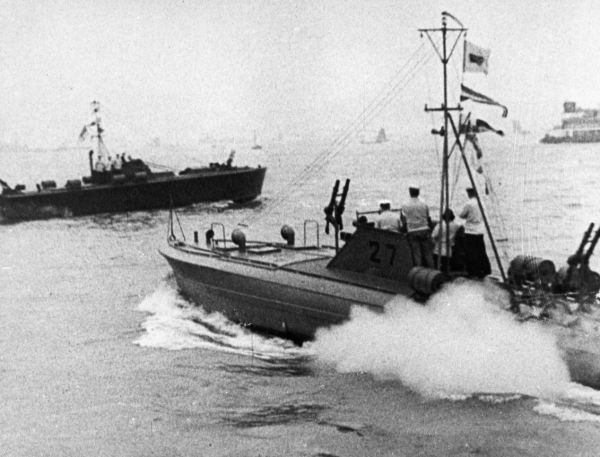 On Monday, 8 December 1941, Japanese aircraft attacked Kai Tak destroying four out of five of the obsolete aircraft that made up the Royal Air Force’s minor presence in Hong Kong.  At about the same time, the Japanese 38th Infantry Division crossed the frontier, known as the 'outer line', and closed in on the Gin Drinkers Line, known as the 'inner line'.

Two of the Royal Navy's three destroyers, dating all the way from the First World War, sailed south for Singapore, leaving one old destroyer, a couple of gun boats and some motorised torpedo boats.  The Shing Mun Redoubt was captured on the night of 9/10 December, comprising the left flank of the line, and resulting in a withdrawal of the Hong Kong troops’ stop-line to new and unprepared positions along Golden Hill Ridge.  The evacuation of troops from the Mainland commenced on 11 December and was completed on 13 December.

Hong Kong Island came under siege and the Japanese landed during the night of 18 December on the north-east shore of the Island.  Wong Nai Chung Gap was captured, despite a valiant defence by Canadian troops.  A week later, on Christmas Day, the Crown Colony surrendered, in a tragic history eloquently described by Philip.

Philip Cracknell arrived in Hong Kong in 1985 and worked as a banker until 2013.  After retiring from the industry in 2013 he took up his interest in researching and writing about the Battle for Hong Kong.  His research was done in Hong Kong and London.  He is the author of the blog Battleforhongkong.blogspot.hk which has 322,000 page views.  He has participated in an RTHK programme on the battle, podcasts and has appeared in a Channel 4 documentary. His first book Battle for Hong Kong December 1941 was published by Amberley in July 2019. A second edition in paperback will be published in July 2021.  He also arranges private guided battlefield walks.  A second book is due to be published next year focused on the civilian experience of the battle, occupation and internment.

Due to social distancing, only a small audience with reduced capacity is permitted, which has been reflected in the cost.  This event is going to be held within our understanding of the social distancing rules of the Government then prevailing.  Social distancing regulations are to be observed at all times.