Chris Kelly & Mike Staegemann
Monday, 21 Jun 2021
Google Calendar Outlook Calendar
7.00 pm to 8.00 pm
Webtalk
This talk is particularly suitable for our teenage members as well as for all adults. The event is free of charge for members. For guests or non members, the registration fee is $50. Please click into https://www.rgshk.org.hk/payment-for-wild-dogs-webtalk-on-mon-21-jun. The webinar link is going to be sent at 12.30 pm on Monday, 21 June.
Once spanning across 34 African countries, the picturesque African Painted Dog once numbered 300,000 individuals and could be found throughout most of Sub-Saharan Africa. Today a mere 3,000 to 5,000 remain across 6 countries, and they are now considered southern Africa’s most endangered carnivore. 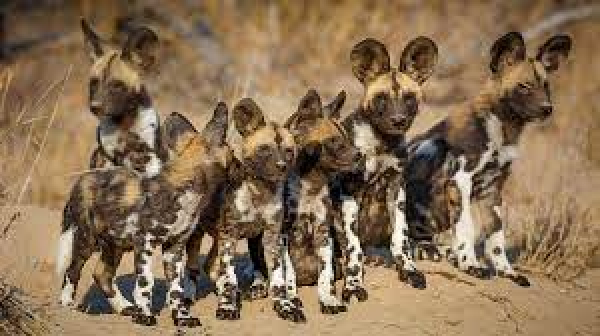 Chris Kelly and Mike Staegemann tell a remarkable success story of how Wildlife ACT has been instrumental in rebuilding the population of wild dogs in southern Africa via a managed metapopulation strategy and a range expansion project.  This has provided increased protection and allowed for steady population growth, a major achievement for painted dog conservation.  Professional relocation operations have been vital for the wellbeing of the individuals and the overall success of these highly-specialised operations.   ACT utilises novel technologies such as GPS tracking devices to allow for daily monitoring of the dogs to ensure immediate reports of threats, injuries or breakouts and to allow for swift action to be taken.

The wild dogs live in highly social family groups known as packs. The packs are led by an alpha pair which are the only individuals which breed in the group, with all the other pack members being responsible for caring for and helping raise their young. Their coat patterns are unique for all individuals, much like the human finger print which can be used to tell individuals apart.  Major threats to their population decline include persecution, poaching, loss of and fragmented landscapes and diseases.

Chris Kelly is from South Africa and is Director of Species Conservation.  With a National Diploma in Nature Conservation and over 20 years of conservation biology experience, Chris has dedicated his career towards endangered species conservation.  He co-founded Wildlife ACT in 2008 with a major focus on protecting African Painted Dogs. He is a committee member of both the South African Wild Dog Advisory Group and the provincial Kwa Zulu Natal Wild Dog Management Group.

Mike Staegemann is from South Africa and is Wild Dog Programme Manager.  With a Master’s Degree in Biological Sciences and over 10 years of conservation experience, Mike has focused his professional energy towards conservation of priority and endangered species in South Africa.  He has experience in both conservation and nature-based tourism across South Africa and has worked in partnership with government and civil society, including state, private and community conservation management authorities.

The opinions expressed in this talk are those of the speakers and do not necessarily reflect those of the Royal Geographical Society - Hong Kong.