Ocean Optimism: However, is there Really Hope for the Oceans?

Dr Bryce Stewart
Thursday, 3 Jun 2021
Google Calendar Outlook Calendar
7.00 pm to 8.00 pm
Webtalk
The event is free of charge for members. For guests or non members, the registration fee is $50. Please click https://www.rgshk.org.hk/payment-for-dr-bryce-stewart-s-webtalk-on-thu-3-jun . This link for this webtalk is going to be sent at 12.30 pm on Thursday, 3 June.
In this talk, Dr Bryce Stewart presents success stories from both his own research and examples of how scientists, conservationists and coastal communities are slowly turning the tide on the threats to the oceans. The oceans belong to all mankind and to all the species who live in them, so everyone has a role to play in helping to ensure the oceans have a sustainable future. 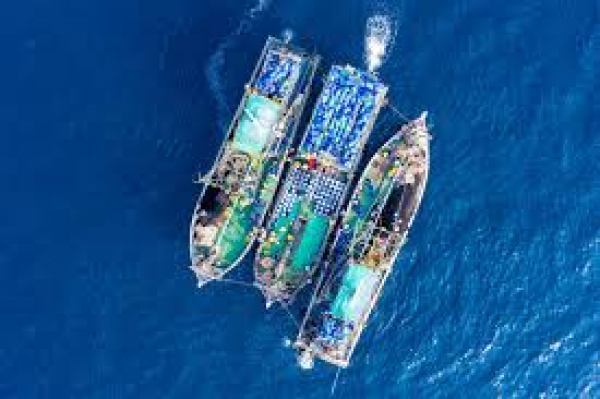 Public awareness of the oceans and the threats they face has probably never been as high as it is today.  The BBC series Blue Planet showed worldwide, bringing the wonders of the deep into people’s homes like never before, but warned everyone by highlighting the dangers of overfishing, plastic pollution and climate change.  The Netflix film Seaspiracy postulated that mankind may run out of fish by mid-century, while others warn that it may be before that, if ocean warming or ocean acidification make the environment for fish unstainable first.

While these threats are real, if sometimes exaggerated, there seems to be much less focus on how to tackle them.  Bryce discusses these threats and the realistic ways of tackling them.

Dr Bryce Stewart is from Australia and is a marine ecologist and fisheries biologist whose work has ranged from temperate estuaries to tropical coral reefs and the deep-sea.  He gained a BSc (Hons) in Zoology from the University of Melbourne, Australia, and a PhD in Marine Biology from James Cook University.  He moved to the UK in 1999, where he is a Senior Lecturer at the University of York.  The central thread in his research has been to gain an increased understanding of the factors regulating marine populations and communities so as to ensure their sustainable utilisation.

Bryce’s work on deep-sea fishes was among the first to demonstrate their extreme longevity, and on coral reefs he provided new evidence for mechanisms of community regulation of prey fish by predators.  He also actively promotes sustainability within the seafood industry by working with everyone from government ministers to fishermen, restaurants and supermarket chains.  Since 2016, he has been particularly involved with assessing the effects of Brexit on UK fisheries and the marine environment, and helping to plan for future reform of management by working with a wide range of stakeholders and the British Government.