A Cheetah, a Journey and a Team: Securing a Future for Lions in Northern Kenya

Dr Shivani Bhalla
Tuesday, 25 May 2021
Google Calendar Outlook Calendar
7.00 pm to 8.00 pm
Webtalk
This talk is particularly suitable for our teenage members as well as for all adults. The event is free of charge for members. For guests or non members, the registration fee is $50. Please click into https://www.rgshk.org.hk/payment-for-shivani-bhalla-s-webtalk-on-tue-25-may . The webinar link is going to be sent at 12.30 pm on Tuesday, 25 May.
In this talk, Dr Shivani Bhalla tells how she conserves Kenya’s magnificent lions and other large carnivores by promoting co-existence between people and wildlife. Shivani discusses the decline in the lion population across Kenya, before focusing on the unique conservation methods she has pioneered through her organisation, Ewaso Lions. 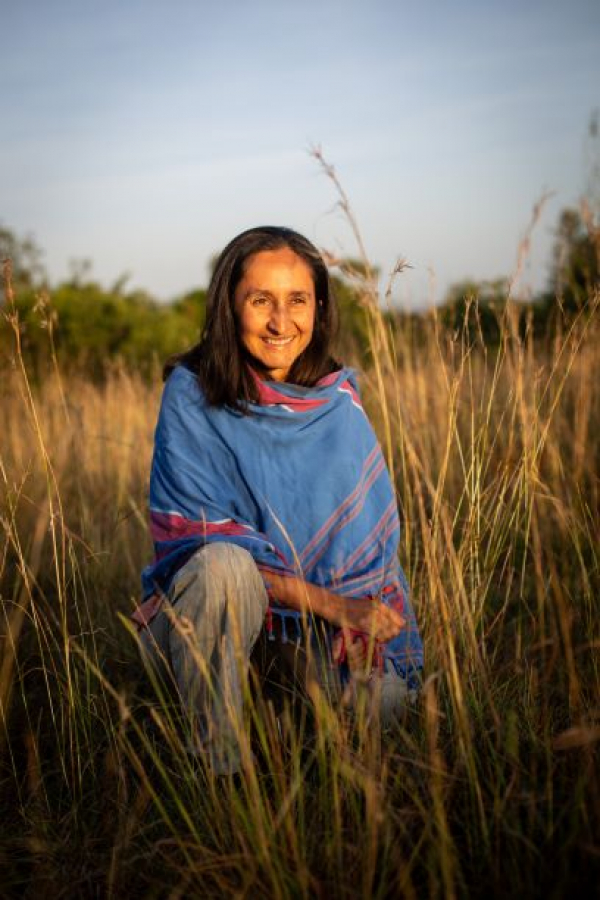 Together with her team, she works with communities to reduce livestock loss to carnivores, and monitors the existing lion population within the Samburu-Isiolo landscape in northern Kenya. Shivani, with her team, have created successful community programmes, including Warrior Watch, Mama Simba, Lion Kids Camps and Kura’s Pride.  All of these initiatives have greatly reduced the loss of lions in the region.

Ewaso Lions promotes human-carnivore coexistence, reduces human-lion conflict, thereby ensuring a future for Kenya’s lions.  As a result of engaging local people, lions have started to make a comeback in the community areas where Shivani and Ewaso Lions operates.

Dr Shivani Bhalla is the Founder and Executive Director of Ewaso Lions.  Born in Kenya, Shivani holds a doctorate in Zoology from the University of Oxford, a Master of Science in Wildlife Conservation from Napier University and a Bachelor of Science in Environmental Science from Lancaster University.  Previously, she has worked for the Kenya Wildlife Service and Save the Elephants.  Shivani moved to Samburu in 2002 and lives in the Ewaso Lions Camp in Westgate Conservancy with her team and her two dogs.  She founded Ewaso Lions in 2007, to promote coexistence between carnivores and people.

Shivani’s commitment to Kenya’s lions has earned her the Whitley Award, the Rabinowitz-Kaplan Prize for the Next Generation in Wild Cat Conservation, the Africa’s Young Women Conservation Biologist award by the Society of Conservation Biology, the Virginia McKenna Award for Compassionate Conservation from the Born Free Foundation, and she has been named an Emerging Explorer by National Geographic.  She is a member of the IUCN Cat Specialist Group, African Lion Working Group, Large Carnivore Taskforce, a founding member of the Pride Lion Conservation Alliance and a Special Advisor for WE Africa – Women for the Environment.