Three Waves and a Great Circle: The Chronicle of a Sailing Life

John Kretschmer
Tuesday, 16 Mar 2021
Google Calendar Outlook Calendar
7.00 pm to 8.00 pm
Webtalk
he event is free of charge for members. For guests or non members, the registration fee is $50. Please click https://www.rgshk.org.hk/payment-for-john-kretschmer-s-talk-on-tue-16-mar. The link for this webtalk is going to be sent at 12.30 pm on Tuesday, 16 March.
Sailor and bestselling author John Kretschmer speaks on his lifetime of fascinating ocean voyages, including his record-breaking trip from New York to San Francisco via Cape Horn. His many sailing adventures, from crossing the Atlantic to cruising through the Caribbean, took him around the globe numerous times. He introduces the audience to his 400,000 miles at sea including numerous long passages in all the world’s oceans and reflects on the hard-won lessons he learned along the way. 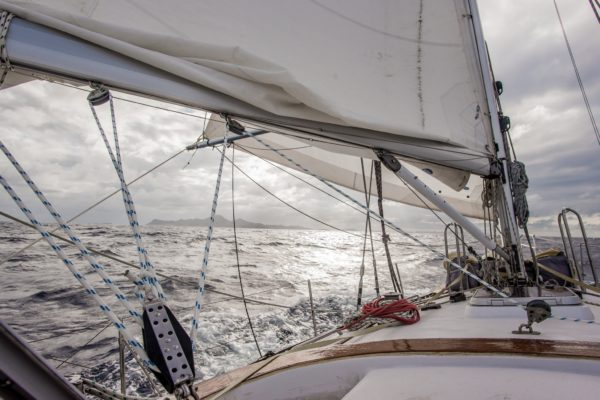 He describes three encounters with formidable waves that came near to changing his life forever.  These three waves, over a span of more than 30 years, provide a framework for telling the story of a man addicted to crossing oceans under sail.  Having logged 400,000 miles, equivalent to 10 trips around the world with 26 transatlantic crossings, he has no intention of slowing down, including epic passages planned to northern and southern high latitudes.

The talk is poignant, at times terrifying and frequently funny.  He also discusses how writing and sailing have always been joined at the hip in his world.

John Kretschmer hails from the US and attended Michigan State University and the University of Florida on an athletic scholarship.  He was introduced to sailing by his older brothers at the age of 12 and has been sailing professionally since he was 21.  At age 24, he captained a record-breaking voyage that retraced the route of America's clipper ships, sailing from New York to San Francisco by way of Cape Horn.  Mr Kretschmer continues to take people to sea every year by captaining challenging offshore sailing passages all over the world.

He has written seven books and hundreds of articles. His book, Sailing a Serious Ocean, was an international sailing best seller, and At the Mercy of Sea, was chosen as one the best nonfiction books of 2007.  His latest book entitled Sailing to the Edge of Time, was released in 2018 and was a bestseller.