Protecting one of the Great Wildernesses: on the edge of Kenya's Great Rift Valley

Sveva Gallmann and Nigel Adams
Thursday, 11 Mar 2021
Google Calendar Outlook Calendar
7.00 pm to 8.00 pm
Webtalk
The event is free of charge for members. For guests or non members, the registration fee is $50. Please click https://www.rgshk.org.hk/payment-for-gallmann-and-adams-talk-on-thu-11-mar. The link for this webtalk is going to be sent at 12.30 pm on Thursday, 11 March.
Sveva Gallmann and Nigel Adams run the Mukutan Conservancy, at Ol Ari Nyiro, one of the last great wildernesses in the heart of Kenya. Located on the Western extreme of the Laikipia plateau, the Mukutan Conservancy spans 90,000 acres of indigenous forest and savannah grassland right on the edge of the Great Rift Valley. 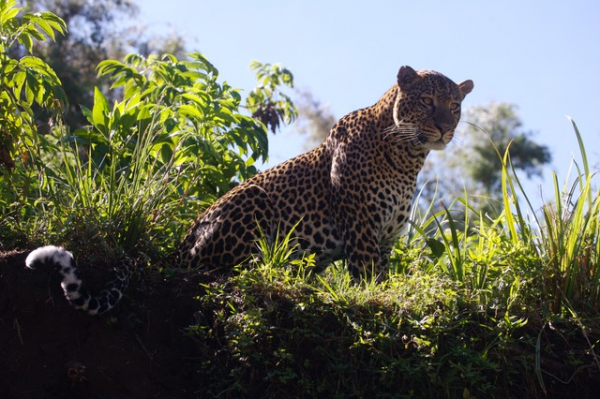 The conservancy is home to over 250 elephants, numerous lion, cheetah, leopard and other large mammal species and nearly 500 bird species, including over 40 that are on the IUCN Endangered ‘Red List’.  It encompasses one of the most remarkable topographic features in Kenya, the dramatic Mukutan gorge, dotted with thermal springs and ancient caves.  It is a unique confluence of geology, botany and biodiversity, and contains many endemic species, several of which are in the process of being classified.

In their work on the frontline of conservation, they have survived attacks by armed militia and poachers, and threats from ivory and other cartels.  They now negotiate grazing agreements with the armed militia.  Pushing the boundaries of traditional conservation, they are seeking to form a new model where resources are shared, and communities and wildlife flourish together, through social enterprise, research, education and the arts.

Sveva Gallmann was brought up in Laikipia and then studied at St Paul’s Girls School and New College, Oxford, UK.  Her multiple award-winning anthropological work and research has taken her from the nomadic pastoralists in the deserts of sub-Saharan Africa, to the forest hill tribes of Orissa, from the UK to Romania, from Somalia to the star watchers of the Samburu.  In each place, she looked at how cultural practices impacted the landscape and how those practices, beliefs and stories can be used as tools for conservation.

Nigel Adams studied at Eton College and Glasgow University, UK.  His career has taken him from theatre directing to eco-preneurship, via a fellowship at Said Business School, New College, Oxford.  After a number of years consulting and investing for private equity funds, including Actis and Salamanca Capital, he decided to use his experience of the private sector to address the challenges of frontline conservation with the vision of creating sustainable social enterprises that support conservation and community development.

The opinions expressed in this talk are those of the speakers and do not necessarily reflect those of the Royal Geographical Society - Hong Kong.