Paul French
Tuesday, 2 Mar 2021
Google Calendar Outlook Calendar
7.00 pm to 8.00 pm
Webtalk
The event is free of charge for members. For guests or non members, the registration fee is $50. Please click https://www.rgshk.org.hk/payment-for-paul-french-s-talk-on-tue-2-mar . This link for this webtalk is going to be sent at 12.30 pm on Tuesday, 2 March.
In this talk, well-known Chinese historian, raconteur and author Paul French talks of the Chinese capital telling numerous true stories of fascinating people who visited the city in the first half of the 20th century. 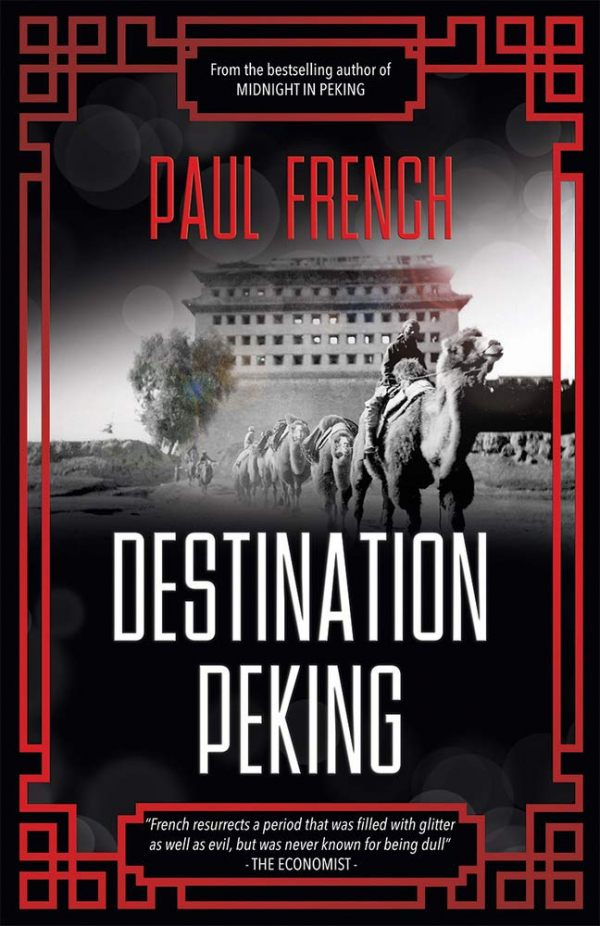 From Bolsheviks and Nazis, to artists and bank robbers, to English aesthetes, to transplanted New York Bowery Balladeers, he describes that extraordinary era.  He asks the major question behind so many of these sojourners' decisions to remain in the ancient capital - why Peking?

Well-known visitors to the city included the ultra-wealthy Woolworths heiress Barbara Hutton and her husband the Prince Mdivani and the poor “American girl” Mona Monteith, who worked in the city as a prostitute.  There were socialite and yet-to-be notorious Wallis Simpson and novelist JP Marquand, who held court on the rooftop of the Grand Hôtel de Pékin, and Shanghai Express screenwriter Harry Hervey, who sought inspiration walking atop the Tartar Wall.  Also in town were Edgar and Helen Foster Snow – Peking's ‘It' couple of 1935 – to Martha Sawyers, who did so much to aid China against Japan in World War II.

Paul French is a well-known author and raconteur who has won the Kirkus Book of the Year, BBC Book of the Month and has been a frequent New York Times Bestseller, and is winner of numerous other awards.  From the United Kingdom, he studied Mandarin at the University of London and has an MPhil in economics from the University of Glasgow.   He was then based in Shanghai for a decade as a business advisor, writer and analyst, becoming an international expert on the city.

He is the author of many well-known works of Chinese and Asian history including The Old Shanghai, Oil on Water: Tankers, Pirates and the Rise of China, China's Foreign Journalists from Opium Wars to Mao, Adventures of an American in Shanghai, North Korea: Paranoid Peninsula, One Billion Shoppers, Midnight in Peking, City of Devils, Strangers on the Praia and Destination Peking.  Both Midnight in Peking and City of Devils are currently being filmed for television productions.