Good COP, bad COP?: What does success at the COP26 Glasgow climate conference look like?

David Saddington
Thursday, 25 Feb 2021
Google Calendar Outlook Calendar
7.00 pm to 8.00 pm
Webtalk
The event is free of charge for members. For guests or non members, the registration fee is $50. Please click https://www.rgshk.org.hk/payment-for-david-saddington-s-talk-on-thu-25-feb. The webinar link is going to be sent at 12.30 pm on Thursday, 25 February.
Some six years on from the Paris agreements, with temperatures still rising and the world reshaped, the stage is set for the United Nations COP26 Climate Conference in Glasgow. In the intervening period, temperatures have been rising and in some areas crops have been failing. David Saddington argues that if leaders do not take the chance for stricter regulations at Glasgow, the whole globe is going to be continued to be affected. 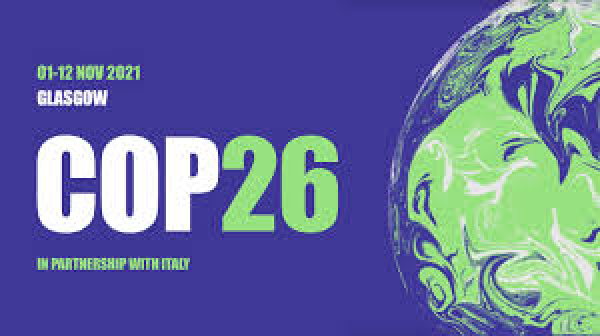 In 2015, in Paris, world leaders committed to a historic agreement to tackle climate change. They agreed to hold the increase in the global average temperature to below 2℃ above pre-industrial levels and to pursue efforts to limit the rise to 1.5℃.  They also agreed to step up efforts to adapt to the impacts of climate change and to make finance flows for consistent climate-resilient development.

British environmentalist and now policy maker for the UK Government, David Saddington gives an insight into upcoming climate conference and discusses how this is the last best chance to avert climate catastrophe.  He’ll then focus on why global collaboration is critical in order to change rapidly energy use.  The idea at the heart of the COP Presidency is in the form of five ambition campaigns - Nature, Energy, Transport, Finance, and Adaptation & Resilience.

David Saddington is the Head of the COP26 Nature Campaign at the United Kingdom Department for Business, Energy & Industrial Strategy (BEIS) and has been a long-standing environmental activist since he was 13.  A seasoned campaigner, communicator and policy advisor, he has advised governments around the world on international policy, led sustainability strategies for multi-national businesses and fronted a pioneering climate media campaign that reached over 3 million people including giving a TEDx talk at London's O2 arena.

He read geography at Durham University, UK from which he also holds a MSc.  Since then, Mr Saddington has worked to stimulate climate action through providing features for media outlets like the BBC, by writing and by organising innovative large-scale public awareness.  He led pioneering education reforms to get climate change on British school curricula.  He is a board member of Nile Rodgers' “We Are Family Foundation” which supports game-changing youth leaders and is a Goalkeeper on the “Sustainable Development Goals” for the Bill & Melinda Gates Foundation.