Crossing the Congo by Canoe: the Heart of Darkness?

Charlie Walker
Thursday, 18 Feb 2021
Google Calendar Outlook Calendar
7.00 pm to 8.00 pm
Webtalk
The event is free of charge for members. For guests or non members, the registration fee is $50. Please click into https://www.rgshk.org.hk/payment-for-charlie-walker-s-talk-on-thu-18-feb. The webinar link is going to be sent at 12.30 pm on Thursday, 18 February.
British adventurer Charlie Walker and photographer Archie Leeming spent three months crossing the Democratic Republic of the Congo with bicycles from Lubumbashi to Kinshasa. Their journey involved a one-month descent of the remote Lulua river by dugout canoe, navigating rapids, crocodiles and hippos along the way, often through stunning scenery. 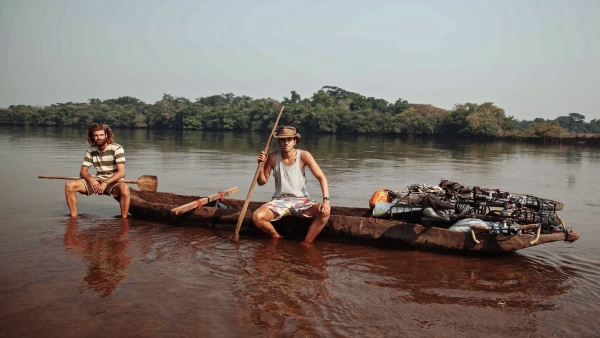 They were kept on their toes by numerous capsizes and occasional run-ins with unsavoury characters.  But more often they were helped on their way by a cast of kindly characters ranging from fishermen and tribal chiefs to a Belgian priest and a secretly minority nurse.

Besides being a wild adventure, the journey also provided an insight into the dark past and complicated present of a country of nearly 90 million people that has historically brought in conflicts from the many surrounding nations.  Charlie was struck by a sense of decay, from infrastructure to institutions, though the country’s mineral wealth offers hope for the future.

Charlie Walker is a British adventurer, writer and speaker specialising in long distance, human-powered expeditions, often to remote areas.  He grew up in the UK and holds a Bachelor’s degree in English and Classics and a postgraduate degree from the London School of Journalism.  He worked for the Daily Express newspaper and his work has featured a number of other publications including The Times, Wanderlust and Sidetracked Magazine.  He has travelled over 50,000 miles by bicycle, foot, horse, ski and canoe.

His expeditions have taken him across Europe, Asia and Africa as he walked across China’s Gobi Desert, trekked through Mongolia and canoed along the Congo River.  Charlie’s longest expedition to date was a 4-year 43,000-mile bicycle journey reaching the furthest point from Britain in Europe, Asia and Africa.  He is a Fellow of the Royal Geographical Society and recipient of the Transglobe Expedition Trust’s ‘Mad but Marvellous’ grant.  His first book Through Sand & Snow was published in 2017 and has recently published On Roads That Echo: A bicycle journey through Asia and Africa.