From North to South Poles: Climate Change versus Sustainability

Adrian Hayes
Tuesday, 26 Jan 2021
Google Calendar Outlook Calendar
7.00 pm to 8.00 pm
Webtalk
The event is free of charge for members. For guests or non members, the registration fee is $50. Please click into https://www.rgshk.org.hk/payment-for-adrian-hayes-talk-on-tue-26-jan . The webinar link is going to be sent to members, guests and non members at 12.30 pm on Tuesday, 26 January.

British record-breaking adventurer, mountaineer and explorer, Adrian Hayes, dovetails his triumphs on Everest, K2, both Poles and crossing the Arabian Desert, with his mission as a sustainability ambassador. He delivers an awareness-inspiring and provocative presentation on the facts, fictions, unknowns and hype of climate change and the climate change movement, compared to the universal truths of economic, social and environmental sustainability. 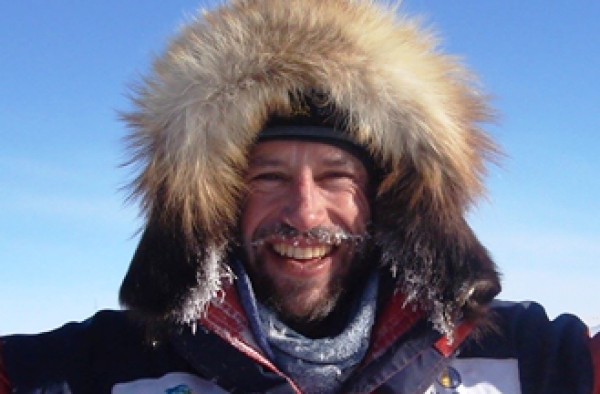 Among his numerous expeditions, Adrian has trekked all the way to both Poles and crossed the length of Greenland by kite ski – the latter working with Denmark’s senior ice scientist collecting ice core samples – and has seen at first hand the effects of the Earth’s changing climate on the polar regions.

However, it is in the wider sphere of sustainability that he is a passionate campaigner – a concept that is possibly the most over-used yet misunderstood word today.  Controversially, he suggests that the climate change activists, and much of the wider environmental movement, is too tunnel visioned and failing to address the real inconvenient truths.
Adrian’s lecture includes some visually stunning pictures and videos from his global exploration, within his thought-provoking presentation.

Adrian Hayes hails from the United Kingdom and served as Gurkha Officer and then in the Special Forces in the British Army.  Following this, he became Middle East Sales Director for Airbus.  He has since become a record-breaking polar explorer, mountaineer & adventurer.  In his expedition career, he has climbed Mt Everest and K2, reached the North Pole and South Pole on foot, travelled the length of Greenland by kite-ski, crossed the Arabian Desert by camel, winning two Guinness World Records.

As one of the few extreme adventurers in the world with a senior corporate background, he is now an internationally popular keynote speaker and executive coach & consultant.  Adrian has featured in three documentaries: “The Greenland Quest” in 2011 for the National Geographic Channel, “Footsteps of Thesiger” in 2013 and “In Inner Mongolia” in 2017 for the Discovery Channel.   His first book, “Footsteps of Thesiger”, was published in 2013, and details his 44-day journey across the Arabian Desert.  His second book, “One Man’s Climb: A Journey of Trauma, Tragedy and Triumph on K2”, was published in November 2018 with a foreword by Sir Ranulph Fiennes.