The Quest for a Virgin Summit: Exploring the Final Frontier

Paul Niel
Monday, 21 Dec 2020
Google Calendar Outlook Calendar
7.00 pm to 8.00 pm
Webtalk
The event is free of charge for members. For guests or non members, the registration fee is $50. Please click into https://www.rgshk.org.hk/payment-for-paul-niel-s-talk-on-mon-21-dec . The webinar link is going to be sent to members, guests and non members at 12.30 pm on Monday, 21 December.
In this talk, well-known speaker Paul Niel tells of his personal journey of climbing mountains. Going from the famous Seven Summits, to his triumph on Mts Everest and Lhotse, then to the roof of the world to achieve his ambition to find the final frontier of mountaineering – unexplored and unclimbed peaks. 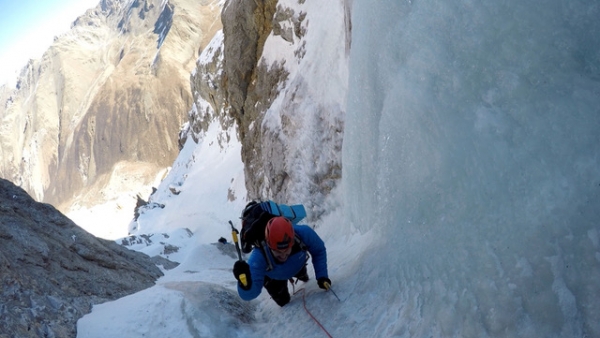 This ultimately led him to the mountain ranges of East Tibet, part of Sichuan Province, China, described by the legendary Japanese explorer Tomatsu Nakamura as the “Alps of Tibet”.  They are considered one of the last frontiers of mountaineering.  The goal was true exploration, an adventure different to the commercialisation of Everest and other big mountain ranges in the world.

Throughout two expeditions, Paul and an international team explored and climbed in Western Sichuan, in the eastern ranges of the Gangga massif.  Here he discovered the main mountain to be a large snow and ice peak, named “Dechok Phodrang” by local monks, meaning “Palace of the highest bliss”.  In cold and clear winter conditions, with temperatures reaching as low as -15 C°, his team managed to open two new routes on the Northwest face and climb its two main summits to 5,632m.  He also summitted several other unclimbed peaks.

Along the way the team had to cope with earthquakes, avalanches and rockfalls, and even getting lost on the descent from the peak.  Austrian filmmakers Lothar Hofer and Martin Sochor were part of the expedition, making the documentary “Tibetan Dreams” about the ascent and exploration, which has won several awards at film festivals.

Paul Niel is from Austria and graduated from the University of Vienna.  He is now a Hong Kong-based mountaineer, adventurer and explorer.  He has travelled the globe for expeditions and other adventures that have taken him to places as disparate as Kamchatka, Papua, the Arctic Circle and across the Atlantic Ocean on a sailing yacht.  Over the last 10 years, he has successfully climbed the highest mountains on every continent, the celebrated “Seven Summits”, and became one of a handful of climbers to climb two 8,000m peaks on the same day, Mt Everest and Mt Lhotse.

Paul has travelled to more than 110 countries and drove a tuktuk more than 3,000km through India to raise awareness for girls’ education.  Together with his wife, he completed the first coastal circumclimb of Hong Kong Island, mapping the coastal pollution areas of Hong Kong.  He has produced three award-winning films that have screened at outdoor festivals around the world.