"The Troubles" of Northern Ireland 1969-98: From Protest to Justice

Mike Chinoy
Tuesday, 15 Dec 2020
Google Calendar Outlook Calendar
7.00 pm to 8.00 pm
Webtalk
The event is free of charge for members. For guests or non members, the registration fee is $50. Please click into https://www.rgshk.org.hk/payment-for-mike-chinoy-s-talk-on-tue-15-dec. The webinar link is going to be sent to members, guests and non members at 12.30 pm on Tuesday, 15 December.
Long-term Hong Kong resident, Mike Chinoy, speaks on Northern Ireland’s “Troubles”, one of the longest-running sectarian conflicts of the late 20th century. 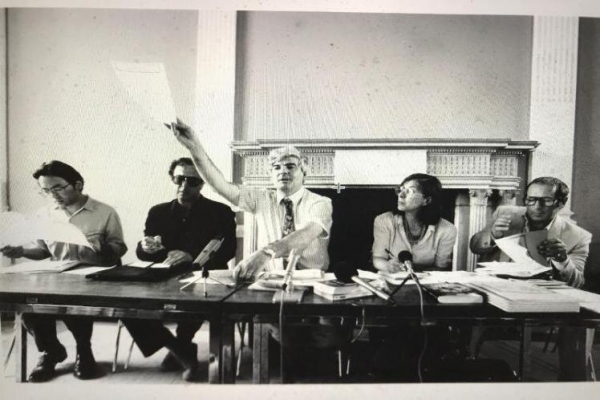 Lasting for 30 years, the conflict between Protestant Unionists, Catholic Nationalists and the government became synonymous with sectarian tension.  Although the violence has stopped, the tensions over nation, identity and religion that drove the conflict were not totally resolved.  Now, Brexit is leading to further debate on the issues.

Mike Chinoy tells the story of the Troubles through the remarkable career of Kevin Boyle, one of the world’s foremost human rights lawyers.  In a career that lasted decades and spanned continents, he tackled issues ranging from freedom of the press, to terrorism and to the rights of minorities.  Boyle was a charismatic, larger-than-life figure and many of his greatest achievements took place away from the glare of publicity.

Boyle began his career as a founder and leader of the civil rights movement in Northern Ireland in the late 1960s.  From the earliest days through its most difficult moments to the peace process, he was a key figure.   Mr Chinoy argues that Boyle’s work contains valuable lessons for today, to understand a conflict whose legacy still affects Ireland and the UK, as well as providing fascinating insights and lessons about how societies deal with issues of protest, repression and justice.

Mike Chinoy is an award-winning journalist and former CNN correspondent.  As a foreign correspondent for CNN for 24 years, he won Emmy, Peabody and Dupont awards for his journalism.  While he worked primarily in China and North Korea, he also reported on the Troubles in Northern Ireland in the 1970s and 80s.  Mr Chinoy is currently a Non-Resident Senior Fellow at the University of Southern California’s US-China Institute and is based in Hong Kong.  His other books include China Live: People, Power, and Television Revolution (1999), Meltdown: The Inside Story of the North Korean Nuclear Crisis (2008) and The Last POW (2014).  His most recent book is Are You With Me? Kevin Boyle and the Rise of the Human Rights Movement.