Mark O'Neill
Thursday, 10 Dec 2020
Google Calendar Outlook Calendar
7.00 pm to 8.00 pm
Webtalk
The event is free of charge for members. For guests or non members, the registration fee is $50. Please click into https://www.rgshk.org.hk/payment-for-mark-o-neill-s-talk-on-thu-10-dec. The webinar link is going to be sent to members, guests and non members at 12.30 pm on Thursday, 10 December.
We weclome Mark O’Neill again to tell the extraordinary story of China’s Russian Princess, the “Silent Wife” of Chiang Ching-kuo. Born in Russia with the name Faina Ipat'evna Vakhreva, Chiang Ching-kuo met Faina at a heavy machinery plant in Yekaterinburg in the Soviet Union in the early 1930s. He was effectively then a hostage of Josef Stalin, who used him as leverage against his father Chiang Kai-shek. 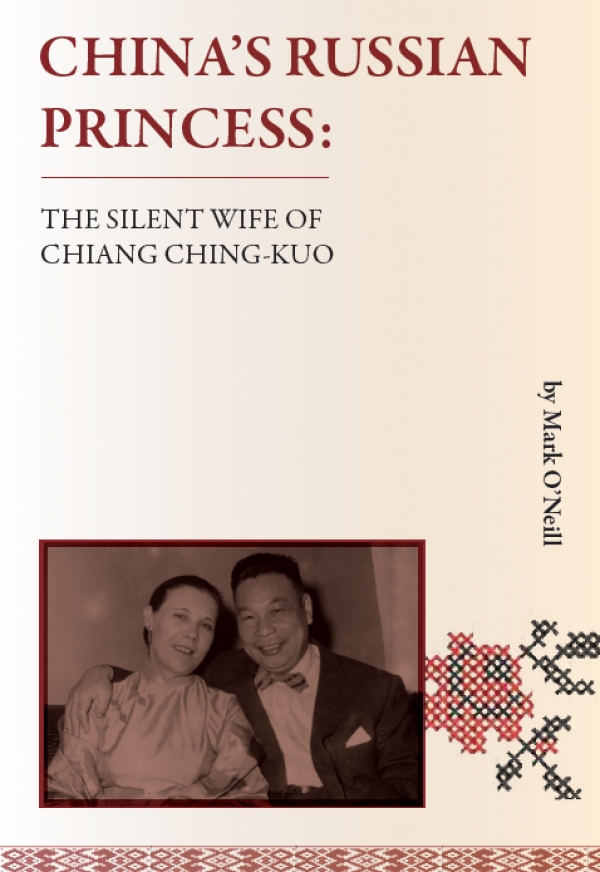 Just a factory worker, Faina subsequently married Chiang Ching-kuo and thought she would reside with her husband in the Soviet Union.  Instead, they moved to China in 1937, lived through the anti-Japanese war and then the civil war, and then moved to Taiwan in 1949.

She was the constant companion of her husband, who had an extraordinary career as the ‘son of the Emperor’.  She also had considerable power herself, as his closest adviser, and was at the forefront of the tumultuous history of China in the 20th century.

Mark discusses how a simple Russian girl adapted successfully to life in China’s First Family and then subsequently in Taiwan under martial law.  He tells an astonishing story of feminine strength and determination, in partnership with Chiang Ching-kuo, one of the most enlightened Chinese political leaders of the early 20th century.

Mark O’Neill was educated at New College, Oxford University and has lived and worked in Asia since 1978.  He is a Hong-Kong based journalist and author, who has written a total of nine books on Chinese history, six of which were translated to traditional and simplified Chinese.   He is a former correspondent of the South China Morning Post and spent several years in Mainland China, Taiwan and Japan before moving to Hong Kong.  His books include Israel and China: from the Tang Dynasty to Silicon Wadi, How the South Aisans Helped to Make Hong Kong and his recently published China's Russian Princess: The Silent Wife of Chiang Ching-Kuo.