Robin Hanbury-Tenison, OBE, DL
Wednesday, 2 Dec 2020
Google Calendar Outlook Calendar
7.00 pm to 8.00 pm
Webtalk
The event is free of charge for members. For guests or non members, the registration fee is $50. Please click into https://www.rgshk.org.hk/payment-for-dr-robin-hanbury-tenison-s-talk-on-wed-2-dec. The webinar link is going to be sent to members, guests and non members at 12.30 pm on Wednesday, 2 December.
Robin Hanbury-Tenison presents a powerful polemic on the major threats facing the world today and how they can be overcome. 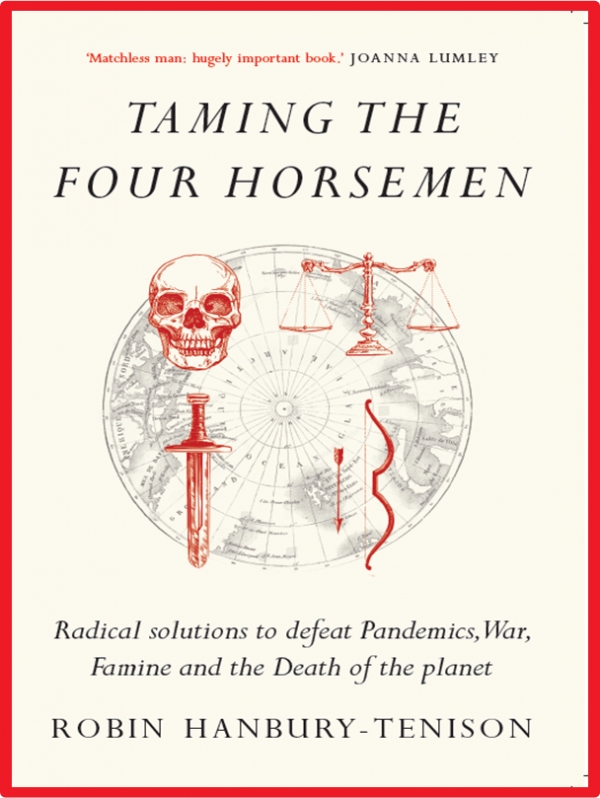 The world is facing catastrophes of many kinds, from the climate crisis to global outbreaks of deadly diseases.  However, Dr Hanbury-Tenison argues that mankind should look back at the collapse of previous civilisations to see what lessons might be learned.

The celebrated explorer and campaigner believes mankind urgently need to tackle the four harbingers of catastrophe, starting with the “White Horse of Pestilence and Pandemics”.  He questions how many remote tribal societies have lives that are healthier than those in the West and what can be learnt from them.

He then addresses three other threats.  First the “Red Horse of War”, as to whether mankind can avoid conflict through promoting prosperity and renewable energy for all.  Then, the “Black Horse of Famine” discusses whether it is now the time to use the technology built up since World War II to influence the weather.  In the “Pale Horse”, he discusses whether geoengineering can help to undo the appalling pollution mankind is inflicting on the planet, especially to the oceans.

He argues that the lessons of “Taming The Four Horsemen” are clear: if humans are to survive, transformative changes need to be made now.

Robin Hanbury-Tenison is the greatest explorer of his era.  He was educated at Oxford University.  Since then he has led more than 30 expeditions globally.  Among these was leading the Royal Geographical Society's largest ever expedition, taking 140 scientists to the interior of Sarawak in Borneo for over a year, cracking the “rainforest code”.  He also made the first land crossing of South America at its widest point and the first river crossing of South America from north to south from the Orinoco to Buenos Aires.

Dr Hanbury-Tenison has saved more than 500 minority ethnic groups around the world through his charity, Survival International.  He is also an accomplished author, with more than 20 books published, and he stars in 11 films made of his expeditions.  He was also Chief Executive of the Countryside Alliance, when he organised the largest peace-time demonstration in British history.