The Amazing Animals of the Galapagos: How Did they Get There?

Dr Jason Ali
Wednesday, 11 Nov 2020
Google Calendar Outlook Calendar
7.00 pm to 8.00 pm
Webtalk
The event is free of charge for members. For guests or non members, the registration fee is $50. Please click into https://www.rgshk.org.hk/payment-for-dr-jason-ali-s-talk-on-wed-11-nov. The webinar link is going to be sent to members, guests and non members at 12.30 pm on Wednesday, 11 November.
The land-locked reptiles and mammals on the Galapagos Islands off Ecuador provided Charles Darwin with the inspiration for this theory of Natural Selection, the mechanism responsible for driving biological evolution. A key element to the theory was idea that the archipelago’s animals were closely related to those on the South and Central America. 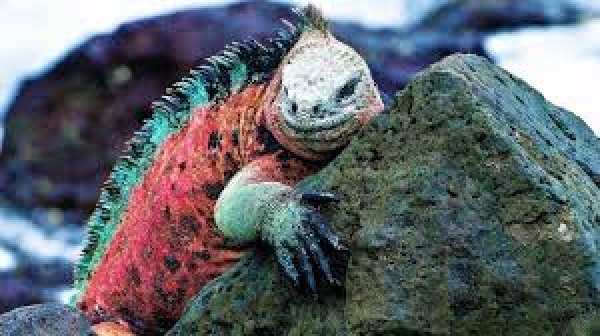 Until recently, though, a comprehensive overview of the origins of the animals, mainly reptiles and rats, was lacking, principally because the techniques did not exist to establish the closest off-archipelago relatives.  Dr Jason Ali has solved this problem by integrating DNA sequencing with various geo-physical controls, such as ocean currents, volcanoes and plate tectonics.  The conclusion is that Darwin was correct, and it is now possible to construct a pretty complete scenario that explains his ideas in detail, namely what, whence, when and how.

Most of the colonists, such as lava lizards, rodents, racer snakes, geckos and giant tortoises, were derived from the coasts of mainland Ecuador and Peru.  Dr Ali has shown that they washed in on vegetation mats/tree trunks, not by walking over on land-bridges.  Thus, the minimum journey was more than 950 km, with one species travelling an astonishing 1,500 km.  Based on modern-day ocean current measurement, the shortest trips would have taken a staggering 2.5-3 months.

The iguana colonists had an especially interesting journey as they are derived from the Yucatan Peninsula, which juts out into the Caribbean Sea from southern Mexico.  That trip was made prior to the emergence of the Panama Isthmus c. 3 million years ago, and was a trip of extraordinary length.

Dr Jason Ali is a Professor in the Department of Earth Sciences, University of Hong Kong.   He is an expert on Structural Geology and Regional Tectonic Evolution.  His present research is focused on the India-Asia collision system, Paleobiogeography research and how land animals have colonised new frontiers.  Dr Ali has some 200 learned papers in print.  Dr Ali has delivered hundreds of lectures worldwide, including at several seminal conferences.