Securing the Future of Africa's Wildlife by Transforming Attitudes in Africa

Dr Paula Kahumbu
Tuesday, 3 Nov 2020
Google Calendar Outlook Calendar
7.00 pm to 8.00 pm
Webtalk
The event is free of charge for members. For guests or non members, the registration fee is $50. Please click into https://www.rgshk.org.hk/payment-for-dr-paula-kahumbu-s-talk-on-tue-3-nov for registration. The webinar link is going to be sent to members, guests and non members at 12.30 pm on Tuesday, 3 November.
Western media often portray Africa just as dangerous, disease ridden and poor. But Africa is also glorified for the greatness of its wildlife and the most positive way that the continent is usually depicted is for its wildlife spectacles. 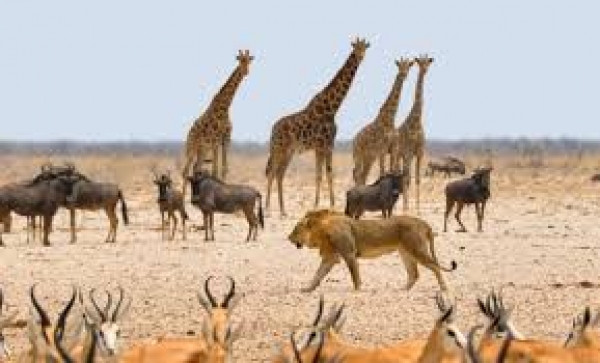 Dr Paula Kahumbu shows how the thousands of films made in Africa have assisted with conservation consciousness in the west.  Yet almost none of the films is narrated by Africans or depicts Africans in a leading role.

Meanwhile, the world is in a planetary emergency, with one million species facing extinction and 60% of the world’s wildlife having disappeared in the last 40 years due to human activities including demand for products like ivory and rhino horn in the Far East.  Other negative factors have been land conversion for agriculture and fragmentation of wild landscapes due to development infrastructure.

Africa is home to the world’s most iconic megafauna and it stands to lose the most of any continent unless things change.  WildlifeDirect is producing Africa's first wildlife documentary series, by Africans for Africans.  Dr Kahumbu has an ambitious plan to transform the African narrative about wildlife in order to change beliefs, attitudes and behaviours of African people and governments in order to secure the future of Africa’s wildlife.

Dr Paula Kahumbu is a leading conservationist and advocate for the protection the wildlife of Kenya and the Executive Director of WildlifeDirect.

Dr Kahumbu read Biology and Geography at Bristol University, UK, Masters Degree at Florida University, USA and was awarded her doctorate by Princeton University, USA, for research on Ecology and Evolutionary Biology. Her principal research has been on the ecology of elephants in the rain forests of southern Kenya, and their impact on forest diversity. Since 2008, Dr Kahumbu has been the Executive Director of WildlifeDirect, where she is responsible for strategy development and running campaigns. She is leader of the “HANDS OFF OUR ELEPHANTS” elephant campaign with Kenya’s First Lady Margaret Kenyatta.

She is the recipient of more than 60 awards, including during 2014 from the President of Kenya the Order of the Grand Warrior and from the United Nations and National Geographic. She is a board member of the Prince Albert II of Monaco Foundation and is a lecturer at Princeton University, USA. She is the author of some 50 published papers, principally on the wildlife of East Africa. She is also an author who wrote one the world’s best-selling children’s books “Owen and Mzee: The true story of a remarkable friendship” and “Owen and Mzee: The Language of Friendship”. She has also been the presenter and narrator on numerous television and radio documentaries including her own TV series Wildlife Warriors which is watched by over 50% of Kenyans. She is in the middle fo the production of the second season.