Lord Michael Ashcroft, KCMG
Tuesday, 22 Sep 2020
Google Calendar Outlook Calendar
7.00 pm to 8.00 pm
Webtalk
The event is free of charge for members. For guests or non members, the registration fee is $50. Please click into https://www.rgshk.org.hk/payment-for-lord-ashcroft-s-talk-on-tue-22-sep for registration. The webinar link is going to be sent to members, members' guests and non members at 12.30 pm on 22 September.

In this talk, Lord Ashcroft explains what South Africa's captive-bred lion industry is and reveals how the industry operates. 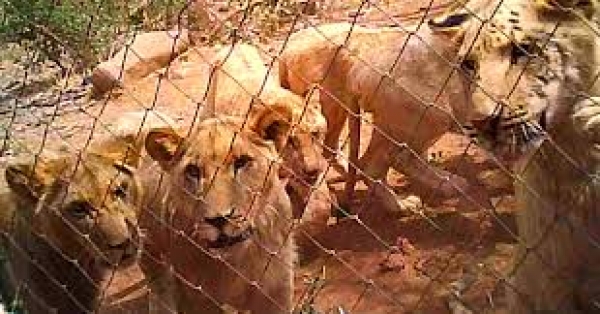 He also details the phenomenon of pre-organised lion hunting, effectively a trophy hunt which is not a fair chase.  He also sheds light on the lion bone trade, a multi-million dollar business which is fuelled by demand in Asia and has links to organised crime.

He offers insights into the most recent undercover investigation he has launched in South Africa to expose this trade, in which former members of the British military gathered evidence which was presented to the South African authorities.  Finally, he offers his own thoughts and on how and why the South African government should ban the captive-bred lion industry.

Michael, Lord Ashcroft, KCMG, PC is an international businessman, philanthropist, author and pollster.  In 2000, he was knighted and made a life peer, although he resigned from the House of Lords in 2015.

He is also a life-long supporter of the Conservative Party in the United Kingdom and has served it as both Treasurer and Deputy Chairman. Lord Ashcroft is the Honorary Chairman of the International Democratic Union (IDU), having previously served as its Treasurer.

Lord Ashcroft has many, varied business interests with significant investments and participation in both public and private companies in the UK, United States and the Caribbean.

He has donated tens of millions of pounds to charitable causes and in 2013 signed The Giving Pledge, a commitment by some of the world’s richest people to donate the majority of their wealth to charity.

Lord Ashcroft has written 18 books including Unfair Game: An exposé of South Africa’s captive-bred lion industry. His political polling is respected all over the world.