Paul Zimmerman
Tuesday, 8 Sep 2020
Google Calendar Outlook Calendar
7.00 pm to 8.00 pm
Webtalk
The event is free of charge for members. For members' guests or non members, the registration fee is $50. The webinar link is going to be sent to members, members' guests and non members at 12.30 pm on 8 September.
Through rediscovering and reinstating lost trails, Paul Zimmerman shows that it is possible to enhance the network of urban and countryside trails throughout Hong Kong Island. He shows that this would increase alternative hiking routes available to all people of Hong Kong, not only improving their enjoyment of the city but also public health. 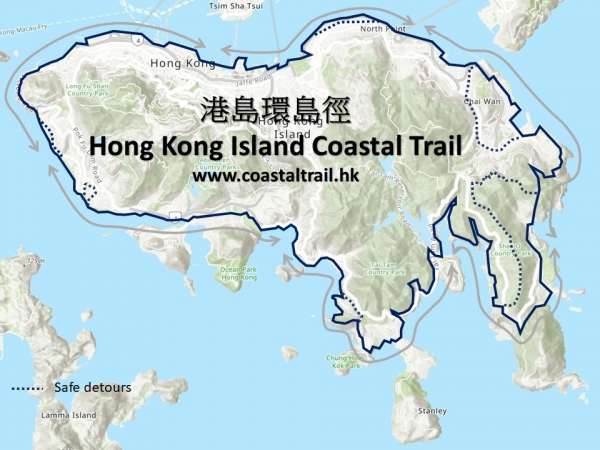 One such route is the ‘Hong Kong Island Coastal Trail’. The project objective is to connect existing promenades and trails into a complete coastal trail around Hong Kong Island.  This would enhance the walkability of Hong Kong’s waterfronts and bring people closer to the water.  He hopes to promote a water-friendly culture and the variety of activities available along HK’s shores.

Paul Zimmerman hails from Holland and has resided in Hong Kong since 1984.  He is an environmentalist, politician and businessman. He has been a member of the Southern District Council for Pokfulam since 2010 and CEO of Designing Hong Kong, a group that advocates better urban of Hong Kong.  He is also the Vice-Chairman of the Southern District.  He champions these causes by advocating good planning and sustainable development through many NGOs and alliances, several of which he chairs.  He was awarded an Honorary Membership of the American Institute of Architects (HK) for his role in improving the harbourfront of Victoria Harbour.

Mr Zimmerman has a Masters degree in Social Science (Economics) from Erasmus University in Rotterdam and in Transport Policy & Planning from the University of Hong Kong.  He worked for many years in graphic design and communications.  Since the early 2000s, he has been involved in Designing Hong Kong Harbourfront District, a non-governmental organisation devoted to improving Hong Kong's waterfronts and density.