Crossing the Land of the Nomads: A Journey through Mongolia

Faraz Shibli
Wednesday, 19 Aug 2020
Google Calendar Outlook Calendar
7.00 pm to 8.00 pm
Webtalk
The webinar link is going to be sent to members and guests at 12.30 pm on 19 Aug. Please note this webinar is for members and their guests only and is free of charge.
In 2011, aged 25, Faraz Shibli became the youngest Briton to cross the Gobi Desert on foot. Using Bactrian camels to carry his equipment, he spent two months walking 1,600km across nomadic Mongolia, the world's most sparsely populated independent country. He then travelled from its southern border with China to near its northern border with Russia by horse, road and rail. 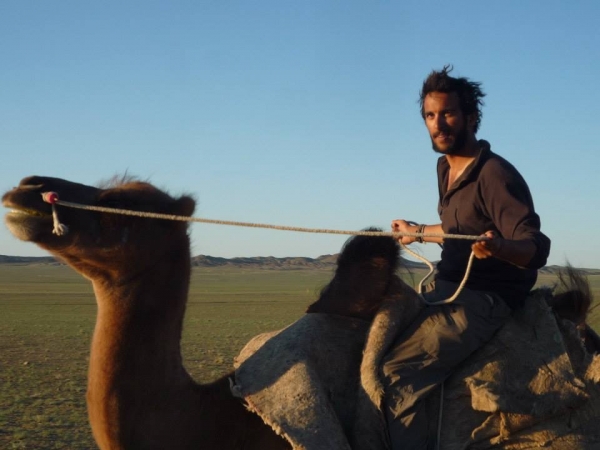 From the pastoral nomadism of the steppe to the urban slums of Ulaanbaatar, Mongolia is a country in transition, where herders and mining executives, yurts and skyscrapers, tradition and modernity all coexist – often uncomfortably.  In this talk, Faraz describes his expeditions in the countryside – in particular his two month crossing of the Gobi Desert – and draws on his experiences as a UN lawyer in the capital to illustrate some of the lesser known sides of the Land of Eternal Blue Sky.

Faraz’s other expeditions include living, herding and hunting with the Kazakh eagle hunters of northwest Mongolia, trekking through the Tien Shan mountains of Kyrgyzstan, travelling in a loop by bicycle, boat and hitch hiking through the jungles of rural northern Laos and long-distance cycling in Thailand.

Faraz Shibli is a British travel writer, author and adventurer.  He is also an international development barrister with over 12 years' experience in human rights law, including with the United Nations.  He has represented refugees escaping conflict and persecution in countries such as Sri Lanka, Afghanistan and Pakistan, including victims of torture and human trafficking.  He has advised the Government of Mongolia on comprehensive legal reforms, including its laws on forced and child labour, and he is a trustee of a charity developing technology to make peacebuilding resources available to local NGOs, communities and peace initiatives in Africa.