Food security in North Korea: the Great Famine and the Future

The Royal Geographical Society is delighted to welcome Tom Morrison, independent consultant to several UN and other development agencies working in North Korea to lecture on “Food security in North Korea: the Great Famine and the Future".  In this lecture, Mr Morrison puts forward the hypothesis that North Korea’s acute food shortage is the fault of bad government policies, not over-population or land shortage.  He tells the story of the fundamental causes of the problem, principally acute environmental degradation and mono-cropping.  He goes on to explain the solutions to the problem of feeding North Korea’s 20 million people and some recent remarkable successes which have been achieved. 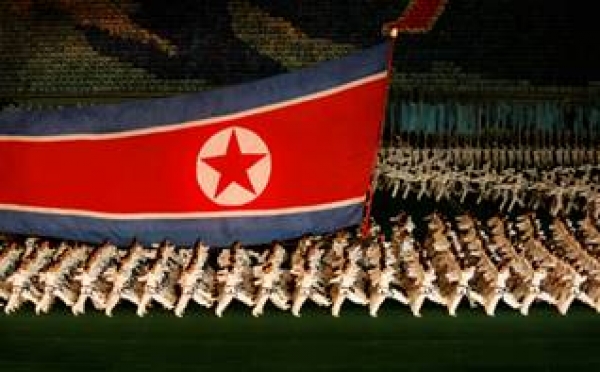 Mr Morrison starts with the fundamental causes of the problem: acute environmental degradation; the denuding of catchments and resulting floods that have destroyed farming and fisheries; degraded bio-diversity; misuse of agro-chemicals; cereal mono-cropping; and the biochemical collapse of soils and consequent collapse of crop yields.  Mr Morrison postulates that there’s nothing unusual about food shortages being the fault of bad government policies; almost all food shortages world-wide share this same cause, but in this case the effects are large-scale, catastrophic and politically charged.  Even now a third of the population suffers from chronic malnutrition and up to 42 per cent of children in some provinces “lack full cognition” because of poor diet.

Mr Morrison explains the recent history of food insecurity and its effects while taking the opportunity to rebut some widely circulated myths spread largely by the international media.  He runs through some of the recent remarkable successes that have been achieved by the Korean people and its government, assisted by international aid agencies, including: realignment of main arterial irrigation canals; the “potato revolution”; micro-credit; sustainable farming on sloping land; integrated pest management; and conservation agriculture.

He argues that not all international aid has been beneficial, there have been some woeful mistakes, but some of the successes are now enthusiastically incorporated into revised government policies and strategies.  They should serve North Korea well in its long haul back from the famine towards food security. Contrary to many doomsayers, Mr Morrison shows how this is easily achievable, given the right conditions.  However, there’s no escaping the need for structural reform of which the Pyongyang elite is so nervous.

Tom Morrison read agriculture and development economics at Cambridge University, and tropical agriculture at the University of the West Indies. After three years as a District Agricultural Officer in southern Zambia, he has spent over 40 years consulting for the world’s main aid agencies including the World Bank, EC, DFID, USAID, IFAD, FAO and many others, in Africa, Asia, the Caribbean, and Eastern and Central Europe.  During what is now called The Great Korean Famine, he started working in North Korea in 1998 and has been there almost every year since then for the United Nations Food and Agriculture Organisation, IFAD, the European Commission and other aid agencies.  He has visited almost all provinces of North Korea and has worked in irrigation, lowland and hill agriculture, marine fisheries, human nutrition, micro-credit, farm mechanisation, forestry and conservation agriculture.