The Royal Geographical Society is pleased to welcome Ronny Mintjens to speak on “The World Cup: Cultures, Peoples & Football”. International footballer and football coach Ronny Mintjens, who played international football in Africa before coaching the Qatari national team, discusses how he believes that the World Cup is not just an event involving 32 teams. In a lecture finely illustrated with photos and video clips, he discusses how the World Cup is the most global event of all time, watched by more people than any other event, and is one of the most spontaneous and illuminating ways in which the world celebrates its cultural similarities and differences. 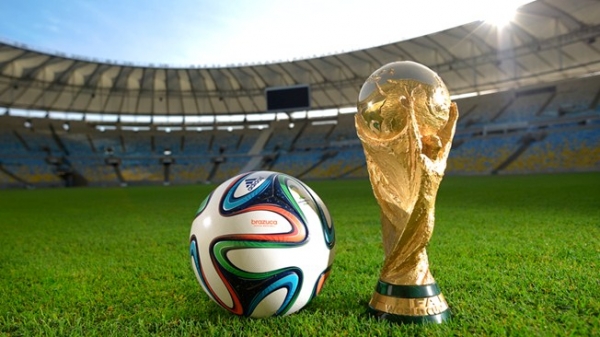 Mr Mintjens’s lecture focusses on the cultural aspects of the World Cup. Drawing on his personal experiences in Africa, he reflects on the witchcraft and on the obstacles that have so far prevented an African nation from winning the game’s biggest prize. Mr Mintjens also touches upon the World Cup qualifying games in the most remote parts of the world. He discusses the significance of the World Cup in history, and how it has helped shape sports folklore over the years. It is an event that has caused warring factions to drop their weapons and has triggered minor wars between nations. It is also an event that has sent poets, novelists, film directors, historians and anthropologists into studies mankind itself.

The road to the World Cup is a long and arduous one. Mr Mintjens discusses why the same countries almost always seem to qualify and do well in the World Cup. He illustrates what sorts of conditions Didier Drogba and Yaya Toure played in before they “made it big”. He tells the stories of World Cup folklore, from Diego Maradona’s “Hand of God” goal to what really happened to the 1966 North Korean football team. Mr Mintjens also looks at how a country’s style of play reflects its national psyche, looking at the English, German and Latin styles.

Ronny Mintjens hails from Belgium and is a linguist, an avid traveller and a passionate football coach. He initially went to work in Swaziland for two years, then stayed for six, before moving to the coast of East Africa. He stayed in Dar Es Salaam, Tanzania, for over eight years, teaching languages and playing for the biggest football club in the land. As a coach, he worked with the two best-supported clubs in a country of over forty million football fanatics and, after he started Tanzania’s first ever youth football academy, he received an invitation from the Tanzanian Football Association to coach the national youth team also. His youth academy, called “The Future”, has featured on FIFA’s Futbol Mundial TV show as well as on DSTV’s “African Sporting Heroes” series.

Subsequently, he coached the national youth team of Qatar in the Persian Gulf. Seven years ago, he moved to Hong Kong where he is a KNVB-accredited football coach and coaching instructor and regularly trains young coaches in Hong Kong, China, Cambodia and other nearby countries. His interest in intercultural understanding now takes him regularly to North Korea. He has visited some 100 nations and has played football at the national level in three different countries and on two different continents. He is the author of More than a Game, an autobiographical novel based on his African odyssey, and A Journey through North Korea. Mr Mintjens speaks regularly around Asia on Africa and football.