The Selden Map of China

The Royal Geographical Society is pleased to welcome Robert Minte to lecture on "The Selden Map of China”. In this lecture, Mr Minte discusses the Ming-era Selden Map, the extraordinary story of its rediscovery during 2008 in the collections of Oxford’s Bodleian Library and its unique importance as the earliest trade map of East Asia. Members also have the opportunity to view the map, being exhibited in Asia for the first time. 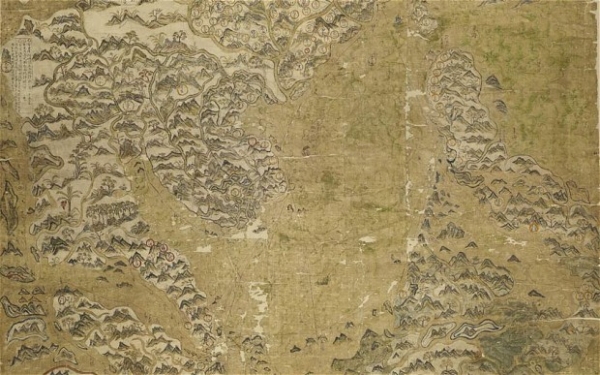 The Selden Map of China is an early seventeenth-century map of East Asia. It is a depiction of East Asia by a Chinese cartographer, but it is like no other map from the era. The Chinese mapping convention was to place China at the centre, with other locations squashed in around the edges. The Selden Map shows the Middle Kingdom as a large land mass, but the focus of the map is trade in the South China Sea, with the Philippines, Borneo and Vietnam all marked. No other such map from the Ming dynasty exists. In the lecture, Mr Minte discusses where the map came from and why was it might have been made. He also speculates on how it got to Britain and what it tells the world about China, both then and now.

The Map shows a system of navigational routes emanating from a point off Fujian Province and nearby regions, with routes stretching all over South-East Asia. The map, largely unseen and forgotten since the eighteenth century, was rediscovered in 2008 by the historian Robert Batchelor, who recognised the significance of the system of routes depicted on the map. As the earliest surviving Chinese trade map of East Asia, it has been recognised as a world treasure. Scholars studying the map after its rediscovery have put forward competing theories as to its provenance. Generally it is agreed that the map was made sometime after 1605 and before 1625, based on knowledge not held prior to certain dates.

The rediscovery of the Selden Map of in 2008 gave impetus for its conservation, which was led by Mr Minte, which has not only assured the preservation of a unique and priceless map, but also enabled it to be studied by scholars and widely displayed to the public. This includes currently as the centrepiece of the Hong Kong Maritime Museum’s exhibition Mapping Ming China’s Maritime World – The Selden Map and Treasures from the University of Oxford. The map has also been the subject of a number of published articles and books.

In this talk, Mr Minte also discusses the significance of the map in the context of the Bodleian’s 17th-century Chinese collections and other maps of the period. An overview of the map’s conservation and display is presented, emphasising how important discoveries made during its treatment have been key in the understanding of the map and its construction, adding to scholarly research of cartography and map-making at the end of the Ming Dynasty.