Professor Michael Ingham
Thursday, 15 May 2014
Google Calendar Outlook Calendar
Session 1: Drinks 5.30 pm; Lecture 6.30 pm Session 2: Drinks 7.00 pm; Lecture 8.00pm
Wheelock Gallery, L2 Queensway Plaza, Admiralty
Please note that we are requesting pre-booking; please reply to This email address is being protected from spambots. You need JavaScript enabled to view it. stating which session and the number of attendees who wish to book for the event

Before she arose to the Peak

Matilda was timid and meek

But now she condescends

To her Bowen Road friends

With a smile that is cutting and bleak 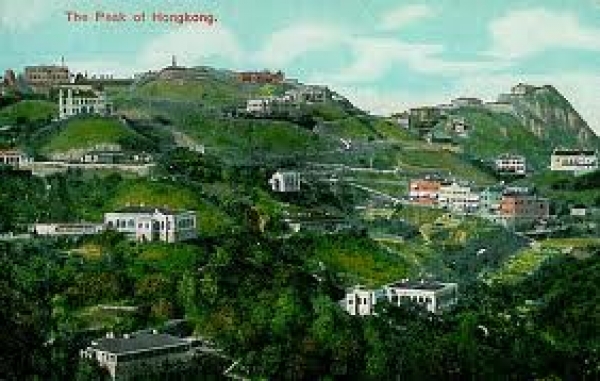 In the lecture, Professor Ingham discusses the Peak’s cultural and historical significance to Hong Kong from the early days of the colony to the present. In particular, he discusses the role of Victoria Peak in the history of Hong Kong, both in fact and through how it appears in fictional literature.

Prior to the foundation of Hong Kong, Chinese pirate Cheung Po-tsai used the Peak as a lookout. It soon became a popular residential area for the new colony in the 1840s, despite the fact that access was initially only by sedan chair. The breathtaking views to Victoria Harbour and distant islands were as mesmerising then as they are now, as was the ever popular scenic perambulation of Lugard Road.

The Peak has also had many famous residents right through its history, from Matilda Sharp, who had a grand piano carried 1,700 ft up the Peak by 12 coolies for her society performances, to Sir Robert Ho Tung, who built his famous gardens employing hundreds of labourers who climbed Old Peak Road daily. The Peak’s accessibility and importance grew hugely with the construction of the Peak Hotel in the 1870s, the arrival of the Peak Tram in the 1880s, followed by the majestic summer residence of the Governor. The Peak retains a prestige and importance in Hong Kong to this day.

Professor Michael Ingham has been a member of the English Department at Lingnan University since 1999. Professor Ingham is a founder member of Theatre Action, a Hong Kong based drama group. His current research focusses on intermediality studies between poetry and art song forms and he is also writing a study of Hong Kong documentary films and on Shakespearean language and verse studies using new empirical data. Professor Ingham is the author of several publications, including the popular 'Hong Kong: A Cultural and Literary History’.