Britta Jaschinski
Tuesday, 19 Nov 2019
Google Calendar Outlook Calendar
Complimentary Drinks Reception 6.30 pm; Talk 7.30 pm
Hill Dickinson, Suite 3205 Tower Two, Lippo Centre, 89 Queensway, Admiralty
Pre-payment is required.
In this talk, famous wildlife photojournalist Britta Jaschinski gives an insightful expression of the identity and individuality of animals, which are shown though her award-winning photographs. She discusses her almost devout fascination with “the animal’s spirit”, illustrated by images of many of the world’s big cats and other mammals. 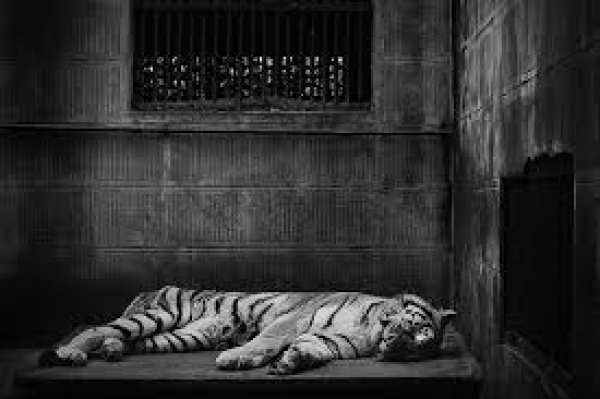 Ms Jaschinski also questions the paradigm and complexity of humans’ relationship with nature.  Through her photography, she documents the fractured existence of wildlife, which she argues suffers in the name of entertainment, status, greed and superstition.  Her stories investigate the relationship mankind has with animals and highlights what humans risk to lose.  The photos she uses to illustrate the talk, while sometimes unsettling, are hauntingly beautiful.

German photographer Britta Jaschinski moved to the United Kingdom in the 1990s and rose to prominence with her first book publication shortly after.  In the 25 years since, she has won numerous international awards for her unique style of photojournalism.   Her passion to protect animals takes her across the globe and her latest series is CRIMES, examining the question ‘Wildlife Or Commodity?’.  Her image Confiscated has been published worldwide and won her the title of the European Wildlife Photographer of the Year 2017, the Grand Prize of the Big Picture Natural World Photo Competition 2017 and Winner in the Magnum Photography Awards 2017.

Britta Jaschinski is the co-founder of Photographers Against Wildlife Crime, an international group of award winning photographers who have joined forces to use their powerful and iconic images to help bring an end to the illegal wildlife trade.   Her work has been published and exhibited worldwide, with no fewer than 25 solo exhibitions.