Annual Dinner: An Explorer’s Life on the Edge: Lost and Found in the Amazon and Papua New Guinea

“For me personally, exploration isn’t about conquering nature, planting flags or leaving your mark. It’s about the opposite: opening yourself up and allowing the place to leave its mark on you…”

With his usual zest and humour, famous explorer, adventurer and television presenter Benedict Allen shares stories of his amazing expeditions around the globe and of his extraordinary life as an explorer of more than 30 years, richly illustrated with slides and film clips. 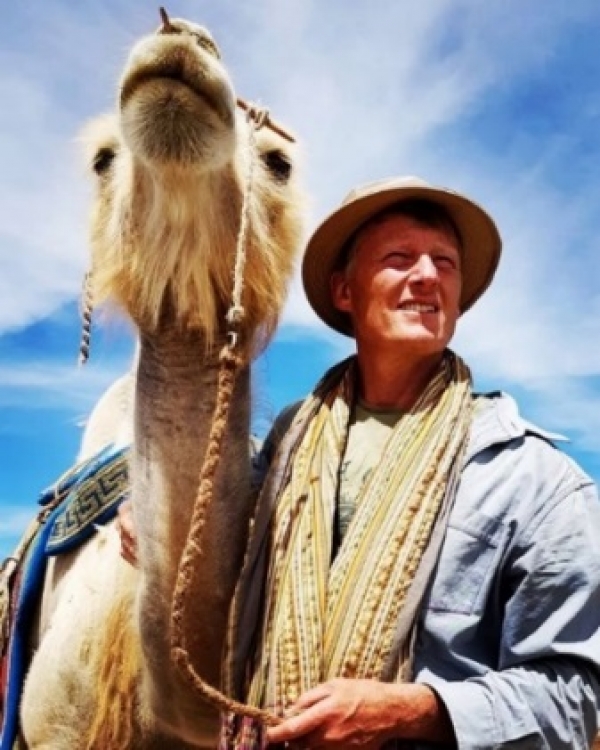 Frequently dubbed as “Television’s Most Fearless Man”, at the age of 23 Benedict had to live on wild animals while lost in the Amazon.  By 25, he had undergone a secret and brutal six-week initiation ceremony in New Guinea to “become a man as strong as a crocodile” and was able to make first contact with the previously uncontacted Yaifo tribe.

In this new talk, written for this event, he shares these and other adventures, including being abandoned and robbed by guides and being shot at by drug barons in Colombia, while attempting a more than seven month crossing of the Amazon Basin at its widest point.  He completed the 3,600-mile crossing after time spent learning from the “Jaguar” Indians, struggling out of the forest alone after an extraordinary fight against adversity.

This special evening includes the story of his recent expedition to the remotest forests of Papua New Guinea, a daring journey to locate remote jungle tribes who befriended him 35 years ago - and which made headlines around the world when he lost contact with the outside world, became gravely ill, missed his RGS talk in Hong Kong and was rescued by a tabloid newspaper.  He tells of the astonishing highlights of his trip, recalling his inspiring uphill battle against the odds and hardships, as well as the jaw dropping beauty of the New Guinean jungle.

The evening comprises a complimentary drinks reception and a four-course banquet dinner, with wines.   There is a choice of salmon, beef tenderloin or chicken curry - or vegetarian options – for the main course.

In view of the popularity of this dinner, priority is being given to RGS-HK Members and their guests.   The Annual Dinner has sold out in each of the last 10 years, so early booking is strongly advised.

For this event, there is pre-booked individual seating available, or you may arrange a group at a table, or book a table of around 12 people.

Please kindly RSVP to This email address is being protected from spambots. You need JavaScript enabled to view it..

The surplus from this dinner is used to subsidise and make possible our educational and charitable activities.   This includes our programme of more than 150 events throughout the year, including a scholarship programme for students and a major Schools Outreach Programme.   Your support for this is much appreciated.

Hailing from the United Kingdom, Benedict Allen studied Environmental Science at the University of East Anglia.  A professional explorer since his early 20s, he now lives in London.  When he is not on expeditions, he is a well-known author, television presenter, filmmaker and public speaker.  On his expeditions, he is famed for travelling with no support, phones or GPS.  His journeys are well-documented in his 10 bestselling books and six major television series, all major hits.

In a career facing what he calls “the Abyss” as one of the globe’s most renowned explorers, his expeditions include the famous ice dogs expedition through Sibera, a solo trek in the worst winter in recorded history.   In another expedition, he became the first person to walk the 1,000-mile Namib Desert in Namibia, which he did with three camels.  He also filmed and presented the first major television series on shamans, witchdoctors and other healers around the world, the eight-part “Last of the Medicine Men”.

Benedict pioneered the filming of modern expeditions for television and in a recent award he was cited as being “part of the history of television”.  By not using a film-crew, he has allowed millions of people around the world to witness for the first time adventures unfolding in inhospitable terrain, often in very real and constant jeopardy.

The Royal Geographical Society - Hong Kong wishes to express its grateful thanks to
Silversea Cruises
for its generous support as Title Sponsor of this Dinner.