One Man's Climb: A Journey of Trauma, Tragedy and Triumph on K2 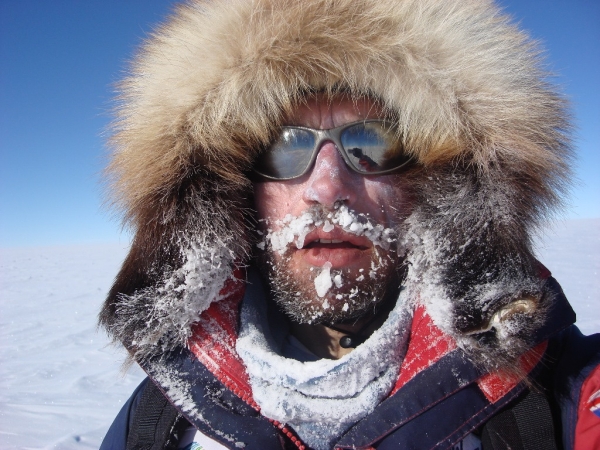 In this visually stunning presentation, Adrian details his intensely personal account of his attempts to climb K2 in 2013 and again in 2014, and the story behind his newly released book, "One Man’s Climb: A Journey of Trauma, Tragedy and Triumph on K2".  His talk is as much a lesson in human development, real teamwork, social conscience and lives in the world below, as it is a story of climbing the ‘Savage Mountain’.

K2, the 'Savage Mountain', at 8,611m in elevation, located in the Karakorum mountains on the border of Pakistan and China, is less than 200m shorter than Mt Everest but in every other sense is the 'King of the Mountains'.  It has long had the reputation of being the greatest challenge in high altitude mountaineering on Earth, with a little over 400 climbers reaching its lofty heights in the 65 years since its first ascent – compared to nearly 6,000 who have summited Mt Everest in the same period.  Those that do face the daunting statistic that one in every four that attempt to reach the top perish trying.  Adrian provides a unique standpoint, being both an accomplished extreme adventurer and mountaineer, as well as a professional leadership, team and personal coach and speaker.

Adrian Hayes hails from the United Kingdom and served as Gurkha Officer and then in the Special Forces in the British Army.  Following this, he became Middle East Sales Director for Airbus.  He has since become a record-breaking polar explorer, mountaineer & adventurer.  In his expedition career, he has climbed Mt Everest and K2, reached the North Pole and South Pole on foot, travelled the length of Greenland by kite-ski, crossed the Arabian Desert by camel, winning two Guinness world records.