The Great Steppes - The History of Central Asian Exploration

Nick Fielding, Leading Journalist and Author
Tuesday, 9 Apr 2019
Google Calendar Outlook Calendar
Complimentary Drinks Reception 6.30 pm; Talk 7.30 pm
Hill Dickinson, Suite 3205 Tower Two, Lippo Centre, 89 Queensway, Admiralty
Pre-payment is requested. Please scroll down.
In this talk, Nick Fielding covers the exploration of the fascinating areas to the north of the Himalayas and the Hindu Kush during the time of the Great Game. Here the vast expanses of the Great Steppes, which now lie mostly in Kazakhstan, were extensively explored in the 19th Century. 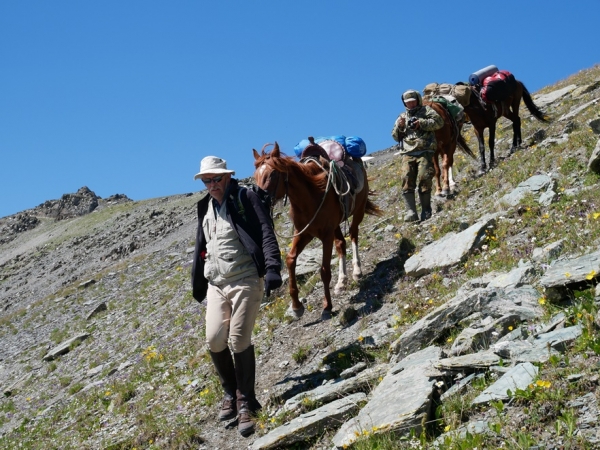 For the last five years, Nick has been travelling in the most remote regions of Kazakhstan as he has attempted to trace the journeys made by pioneering mid-19th Century explorers.  He vividly introduces some of the remarkable and largely forgotten explorers of Central Asia, illustrated by photographs of recent journeys he has made.  This includes in the footsteps of two of the most incredible travellers of all, the Atkinsons, who spent almost seven years in the middle of the 19th Century travelling in Central Asia and Siberia.

Drawing on the stories of the Great Game, Nick also tells the stories of a remarkable group of travellers – from John Castle in the 18th Century to the Rev Henry Lansdell, American consul Eugene Schuyler, the founder of modern genetics William Bateson, Stephen Graham, Henri Moser and others – who visited the Steppes, often at considerable danger to themselves, and their exciting discoveries.

Nick Fielding is a famous journalist, author and traveller.  He has been a professional journalist all his career, since graduating from the City University School of Journalism.   He was Senior Reporter on The Sunday Times, where he covered the aftermath and implications of the 9/11 attacks, reporting from Afghanistan, Pakistan and the Far East.  Before joining the staff of The Sunday Times, he was Chief Investigative Reporter of the Mail on Sunday, where he worked on many international stories, and before that he was a reporter for The Independent.   In addition, he has published books on the workings of Britain’s domestic intelligence service, MI5, and on the detailed planning for the 9/11 attacks in 2001.

He has travelled extensively, often by foot or on horseback, over long distances in Central Asia, Mongolia and Siberia, where he has visited Tuva and Kamchatka.  He recently published his latest book, South to the Great Steppe: The travels of Thomas and Lucy Atkinson, which was launched at the Royal Geographical Society, where he is a Fellow.  He holds numerous other fellowships and awards.