Dr Ian Singleton, Director of Sumatran Orangutan Conservation Programme
Tuesday, 26 Feb 2019
Google Calendar Outlook Calendar
Complimentary Drinks Reception 6.30 pm; Talk 7.30 pm
Hill Dickinson, Suite 3205 Tower Two, Lippo Centre, 89 Queensway, Admiralty
Pre-payment. Please scroll down.
Orangutans are great apes, along with chimpanzees and gorillas, and Dr Singleton starts his talk by describing these extraordinary animals and their habitats. They reside in the forests of Borneo and Sumatra. Famed for their looks and intelligence, Orangutan means “forest man” in Malay and they are Asia’s own great apes. Orangutans use a variety of sophisticated tools and even have distinctive cultures within populations. 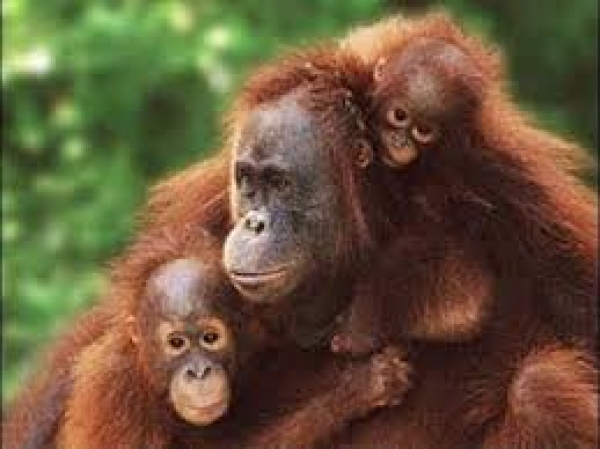 Most orangutans in Sumatra reside in the Leuser Ecosystem of North Sumatra.  Surveys by the Sumatran Orangutan Conservation Programme (SOCP) suggest there are only around 13,500 Sumatran orangutans remaining.  Threats to the species include habitat conversion for palm oil, the construction of new roads and even the development of new renewable energy projects.

Dr Singleton explains the work of the SOCP in conserving orangutans in Sumatra, including reintroduction of confiscated illegal pets to form new wild populations and some legal successes against palm oil companies illegally felling orangutan habitat.  He emphasises how groups of dedicated individuals can make a difference in conservation in Indonesia.  He also argues that the economic justification for continued destruction of Sumatra’s remaining forests habitats is weak, at best.

Dr Singleton also describes the SOCP’s innovative new Orangutan Haven project, currently under development in North Sumatra. The Orangutan Haven is a major asset for conservation education and promotion of sustainable development in the region.   To date, the SOCP has received over 380 illegal captive orangutans, of which over 300 have been reintroduced into the forests.  The goal is to eventually release enough that the new populations are self-sustaining in the long term.

Dr Ian Singleton is a former British zookeeper, having worked with a variety of different species at Whipsnade and Edinburgh zoos before specialising in orangutans when he moved to Jersey Zoo in the British Channel Islands.  He received his doctorate from the University of Kent, UK, on “Orangutan ranging behaviour and social organisation” in the peat swamp forests of Sumatra, Indonesia.  For this he would follow individual orangutans outside of the normal research area for several days, sleeping out alone in the forests near them, to determine their home range sizes and ranging patterns.

In 2001, Dr Singleton established SOCP, which he continues to run.  He also does education and awareness raising activities, promoting sustainable development and increasingly campaigns to protect Sumatra’s remaining rainforest habitat.  He was also one of the co-authors of a recent scientific paper announcing the existence of an entirely new orangutan species in Sumatra, the Tapanuli Orangutan, in the Batang Toru Forests of North Sumatra.

The Royal Geographical Society - Hong Kong wishes to express its thanks to Hill Dickinson for its generous support with this talk.