The Endurance Exhibition: The Antarctic Legacy of Sir Ernest Shackleton

RGS-HK is proud to present the Asia-premiere of the Endurance Exhibition: The Antarctic Legacy of Sir Ernest Shackleton with a tour and talk by his granddaughter the Hon. Alexandra Shackleton. 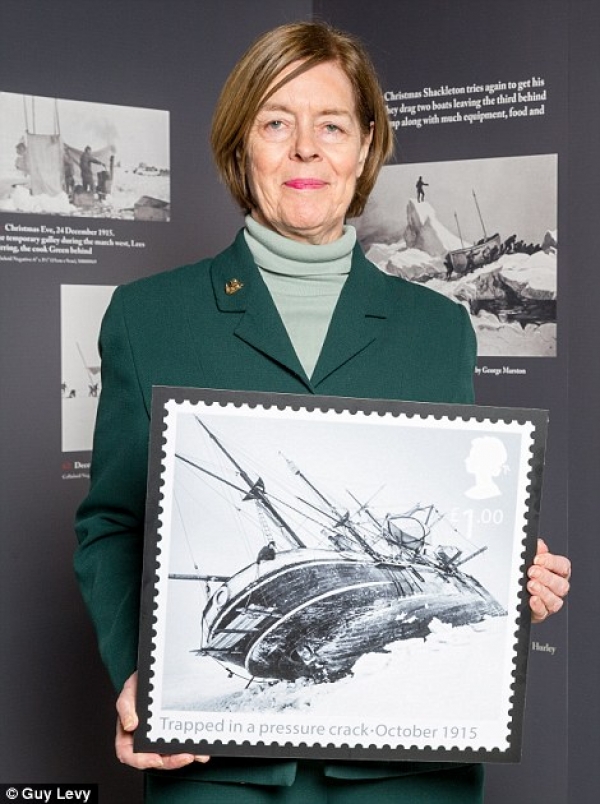 Just over 100 years after the epic expedition, RGS-HK invites you to follow in the footsteps of Sir Ernest and his crew on their remarkable journey to safety. We are delighted to offer a unique experience of the Endurance Exhibition by way of a tour of the photographs and memorabilia and an accompanying talk by the Hon. Alexandra Shackleton. Guiding groups through the exhibition, she will introduce our guests to her grandfather’s fascinating legacy and pay homage to his unbreakable spirit.

The Endurance Exhibition presents Frank Hurley’s photographs of the Imperial Trans-Antarctic Expedition undertaken by the renowned polar explorer Sir Ernest Shackleton and his crew 1914-1917. They had planned to cross Antarctica via the South Pole but, in January 1915, their ship the Endurance, became trapped in the pack ice. It sank ten months later, after Sir Ernest and his crew had already abandoned it and set up camp on the floating ice. The crew was then forced to make their way back to safety in small boats and was rescued off Elephant Island in August 1916. It was due to Sir Ernest’s remarkable leadership that all of the crew survived during the nearly two years they were stranded on the ice.

Frank Hurley’s photographs remain one of the greatest ever photographic records of human survival. Selected artifacts from the expedition accompany the exhibition and the exhibits outline the thrilling journey of Shackleton and his crew, drawing on their personal logs and diaries. The Endurance Exhibition brings the incredible story of human survival and the drive to explore unreached territories to life.

Hon. Alexandra Shackleton studied History at the Trinity College in Dublin and is now is based in London. Her work of maintaining her grandfather’s legacy has taken her all over the world. She is the Life-president of the James Caird Society, which was founded to honour Sir Ernest’s legacy and inform about his expedition and achievements. She has had the honour of christening three ships named after Shackleton and was instrumental in consulting for the recent Channel Four production Shackleton. She has followed the Endurance Exhibition from the United Kingdom to Germany and America, and now for the first time to Asia.

The Endurance Exhibition will continue until Friday 21 December 2018.
The exhibition venue is available for corporate or business functions or events, such as talks, birthdays or Christmas parties, and school events while the exhibition is on. The venue accommodates 100 people comfortably and is equipped with catering facilities for drinks receptions.
For inquiries regarding venue hire, please contact the RGS-HK at This email address is being protected from spambots. You need JavaScript enabled to view it..

The Royal Geographical Society - Hong Kong wishes to express its thanks to Jacada Travel and Mandarin Oriental Hotel for their generous assistance with this exhibition.