The form #66 does not exist or it is not published.

Film Screening: Dereck and Beverley Joubert's “The Soul of the Elephant”

presented by John Stephenson, Co-Secretariat of Elephant Protection Initiative
Friday, 7 Sep 2018
Google Calendar Outlook Calendar
6.30pm Complimentary Drinks Reception, 7.00pm Introduction, 7.10pm Film and Q&A (Please note that the film is 52 minutes in length)
UBS, 52/F, Two International Finance Centre, 8 Finance Street, Central
Pre-payment. Please scroll down.
In this fascinating documentary, Dereck and Beverly Joubert explore the bonds that elephants make and enjoy through their life. The Jouberts track the length of a river in the Selinda reserve in Botswana, which is home to over 7,000 elephants, capturing some of the most amazing up-close footage of elephants the world has had the chance to experience. This screening is in conjunction with Elephant Protection Initiative and UBS. 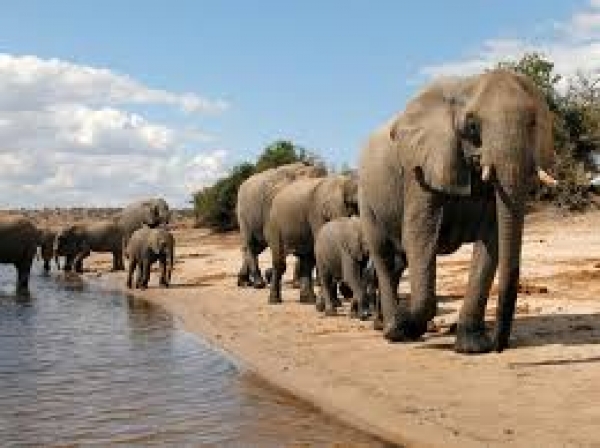 The film has won many awards including the Grand Prix at the Matsalu Film Festival and many others.  It was described by the judges at Matsalu Film Festival as “An artistically beautiful film about one of the world’s largest animals with a strong but subtle conservation message.  It cleverly weaves historical with current filming for a personal expedition into the soul of the elephant".

The Jouberts follow a story of two bull elephants, whose skulls they find with their ivory intact, and attempt to reconstruct the lives they would have led, whether that was their great migration for water with their families or even their inevitable encounters with lions.  This story, which shows the odds that these elephants would have had to surpass to attain this old age, is shown by the Jouberts as they track existing herds by foot and by river, to get an extremely intimate experience with the elephants.

John Stephenson was educated at Emmanuel College, Cambridge.  He is a former senior United Kingdom diplomat, whose overseas postings in Chile, Cuba, New York, Islamabad and Nairobi were interspersed with UK-based roles in EU affairs and Counter Terrorism.  During his career, he also carried out extensive work in Africa, gaining significant experience in international and multi-lateral negotiations.  On leaving the Foreign Office, Mr Stephenson served as the acting CEO of Stop Ivory, a UK-based charity focusing on achieving a sustainable future for elephants by ending the ivory trade.  He played a significant role in delivering the government-led Elephant Protection Initiative as its Co-Secretariat.

The Royal Geographical Society - Hong Kong wishes to express its thanks to  UBS for its generous assistance with this talk.