The form #59 does not exist or it is not published.

On Top of the World: A Businessman's Journey to the Summit of Everest 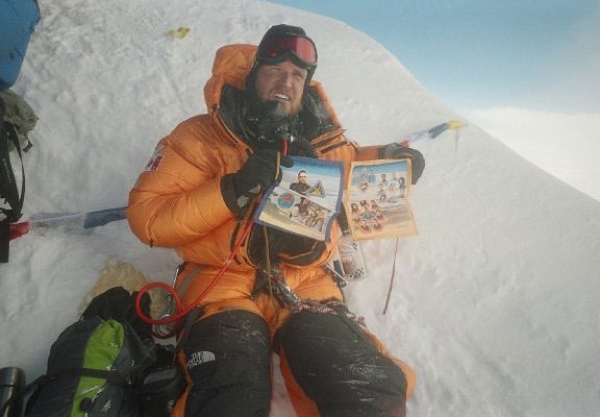 While resident in London, Mr Janikowski was contacted by Scott Parazynski, a well-known American Astronaut with a wild proposal that would wrench him out of his daily life as a city worker.  Scott asked if he would join an expedition to climb Everest and in doing so to help Scott make the record books as the first human to go into space and climb Mt. Everest.  The climb also raised a substantial sum for Rotary International.

In May 2008, they met in Nepal and together they set off to tackle the mountain.  Along the climb they made great friends, came face to face with numerous difficulties and even lost over 40 pounds.  Mr Janikowski regularly speaks internationally to argue that people who sit all day behind a desk or in a classroom can get out and do something extraordinary to test their limits.  He hopes to encourage more people to say yes when the telephone rings with a wild proposal.

Hailing from Canada, Adam Janikowski is an Executive Director for the Asian investment banking team of Canadian Imperial Bank of Commerce where he is responsible for energy and diversified investment banking in the Asia Pacific Region.  He has worked in London, Paris, Tokyo, Hong Kong and Calgary.  He studied Classical Languages, Linguistics and Literature from Queens University in Ontario, Canada, prior to receiving his MBA from INSEAD.   He has also been honoured with admittance into the Order of St. John, a Paul Harris Fellowship by Rotary International, a Baden Powell Fellowship by the World Scout Foundation and by the Scott Polar Research Institute of Cambridge University.  Aside from his business related ventures he is also an avid sportsman and political fund raiser.

Members of the RGS, their guests and others are most welcome to attend this event, which is HK$150 forRGS Members and HK$200 for guests and others including a glass of red or white wine. This event is free of charge for Student Members.

The Royal Geographical Society - Hong Kong wishes to express its thanks to Clifford Chancefor its generous assistance with this talk.