The form #46 does not exist or it is not published.

The Evolution of the Earth

Professor Albert Zijlstra
Monday, 11 Jun 2018
Google Calendar Outlook Calendar
Complimentary Drinks Reception 6.30 pm; Talk 7.30 pm
Executive Centre, Level 3, Three Pacific Place, 1 Queen's Road East, Admiralty
Registration method: Pre-payment. Please scroll down.
The Royal Geographical Society is pleased to welcome Prof Albert Zijlstra to speak on “The Evolution of the Earth”. In this talk, Prof Zijlstra shows the different faces of the Earth, from the days of its formation to its current state, and finally to what the Earth is likely to become like in the future. 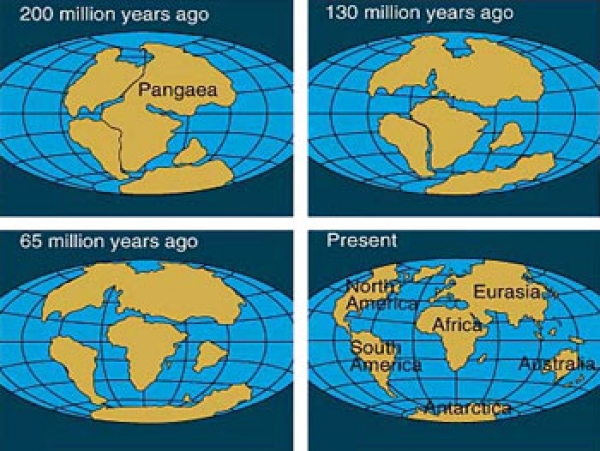 The Earth is a changeable place.   At present mankind is dealing with the impacts of a changing climate and a rising sea.  But looking back in time, conditions have always varied.  The continents have drifted, sometimes apart, sometimes together, and oceans have come and gone.  Even the air has changed: it would have been unbreathable for humans as recently as a billion years ago.  There have been ice ages and hot houses.

At times the Earth was frozen over completely, with glaciers even in the tropics, and at other times it was too hot for complex life to survive.  Prof Zijlstra discusses what caused the Earth to change so much – and what would the Earth have looked like 1, 2 or even 4 billion years ago.

Professor Albert Zijlstra is Professor of Astrophysics at the University of Manchester, and Hung Hing Ying Distinguished Visiting Professor at the University of Hong Kong where he is attached to the Department of Physics and the Laboratory for Space Research.  He was Director of the UK’s Jodrell Bank Centre for Astrophysics from 2010 to 2015.  Jodrell Bank is the largest astronomy group in the UK and operates the iconic Lovell Telescope.

Prof Zijlstra obtained his PhD from the University of Groningen. He has been employed at a variety of observatories around the world, including the South Africa Astronomical Observatory, the National Radio Astronomy Observatory in the USA, and the European Southern Observatory in Germany and Chile. Prof Zijlstra has published more than 600 articles. His main area of research is the final stages of the evolution of stars and his work on the future of the Sun received wide-spread coverage recently.