The form #21 does not exist or it is not published.

River of Life: Travelling the Length of the Ganges

Victor Mallet
Wednesday, 18 Apr 2018
Google Calendar Outlook Calendar
Complimentary Drinks Reception 6.30 pm; Talk 7.30 pm
6/F Three Pacific Place, 1 Queen's Road East
Pre-payment. Please scroll down.
The Royal Geographical Society is pleased to welcome well-known Financial Times journalist Victor Mallet to talk on “River of Life: Travelling the Length of the Ganges". His talk describes his amazing journey along the river from its ice cave source in the Himalayan foothills down to the holy confluence of the river at Allahabad. He then follows the water to the spindly banks of Varanasi city and onwards to the delta in Bangladesh, where the river spews millions of tonnes of fertile silt onto the rice fields of Bengal and the mangroves of the Sundarbans. 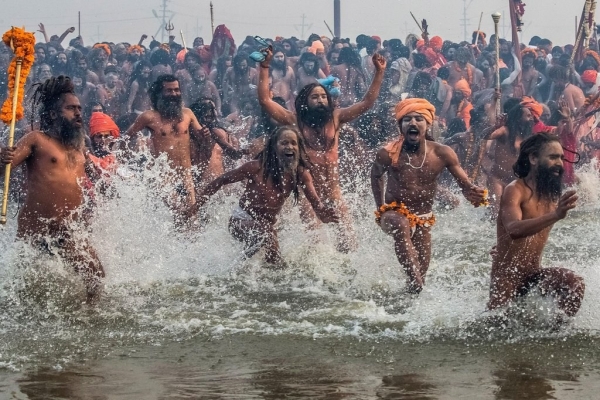 The talk celebrates the extraordinary cultural, religious and natural history of the Ganges, together with a plea to save the river from human and industrial pollution and excessive exploitation of the water it carries across north India from the Himalayas to the Bay of Bengal.   Some 450 million people depend on the Ganges water basin for survival, and many more for its religious and cultural importance.  The Ganges is a goddess and a mother to all Hindus from the Prime Minister of India to the humblest Hindu living in the far south or running a motel in the United States.

Mr Mallet describes how the river leads a double life, being the most worshipped waterway in the world and also one of the most polluted. The Ganges and its tributaries are now subject to sewage pollution that is many times any recommended limit for bathing with sometimes unchecked runoff from heavy metals and fertilisers.  None-the-less, he tells of the millions of revellers at Kumbh Mela, who under floodlights in the din of loudspeakers crowd on its banks to bathe in the water, the largest gathering of people anywhere in the world.  These people believe in a collective sense that the spirit of the Ganges is so sacred that she can never be spoiled.

He draws on the lessons of other river disasters – in London, continental Europe, North America and East Asia – to argue that a rescue is not only feasible but essential for India and for humanity as a whole.  China’s damming of several of Asia’s great rivers near their sources on the Tibetan plateau, including the Brahmaputra/Yarlung Tsangpo, one of the great tributaries of the Ganges, is a serious concern for India and Bangladesh.

Victor Mallet is a journalist, commentator and author with three decades of experience in Asia, Europe, the Middle East and Africa.  He is currently Asia news editor for the Financial Times, and was bureau chief in South Asia, based in New Delhi, for the four years from 2012-2016. His highly praised book on the south-east Asian industrial revolution and the 1997-98 Asian financial crisis, The Trouble with Tigers, was first published in 1999.  His new book about the Ganges, River of Life, was published in 2017.

The Royal Geographical Society - Hong Kong wishes to express its thanks to JLL for
its generous assistance with this talk.