Archaeology in Hong Kong – Its History and Discoveries

William Meacham
Thursday, 8 Feb 2018
Google Calendar Outlook Calendar
Drinks Reception 6.30 pm; Lecture 7.30 pm
1/F, The Hong Kong Club, 1 Jackson Road, Central
For more information on dress code, please go to https://docs.google.com/document/d/1w9lZnFcbD4arPUGqIYtQxJBWybAwEGPAW-Wggesz2XY/edit?usp=sharing
This talk is full. Please note that no denim, T-shirts, flip-flops or sportswear are permitted at the HK Club.
The Royal Geographical Society is pleased to welcome William Meacham to speak on "Archaeology in Hong Kong – Its History and Discoveries". In this lecture, William Meacham speaks on the rich archaeology of Hong Kong and its discovery. 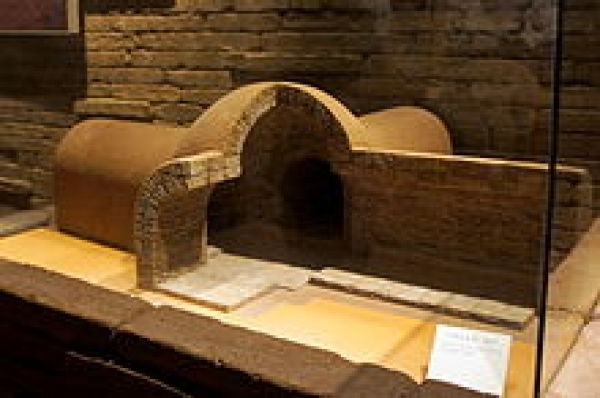 Archaelogical investigation began in Hong Kong 1926-27 when an amateur geologist found polished stone tools on a hillside in the New Territories. This showed that the territory had a prehistoric occupation in the Neolithic period. By the 1930s, several others had taken up the search for archaeological sites and a distinct Bronze Age culture was also quickly identified.  Major excavations were conducted at sites on Lamma, Lantau and Tung Kwu Island.

The postwar period saw the discovery in 1955 of a large Han dynasty chamber tomb at Lei Cheng Uk, and this led one year later to the establishment of a University Archaeological Team at Hong Kong University.  It conducted field surveys and test excavations at a number of sites, but its main excavation was at the Bronze Age site of Man Kok Tsui near Silvermine Bay. The team was transformed in 1967 into the Hong Kong Archaeological Society.  Its first important work was five seasons of excavation at Sham Wan on Lamma 1971-75, a site discovered by Mr Meacham.  This site revealed a new cultural phase dating back to 3000 BC, and had a stratigraphic cultural sequence with the main phases in Hong Kong’s human occupation.  It also conducted an archaeological rescue of sites on Chek Lap Kok prior to the levelling of the island for the new airport.

At present, a well-documented chronological sequence of human occupation is established dating back to 5000 BC. Sites abound on outlying islands and along the coastline of the New Territories. More than 200 sites of the Neolithic and Bronze Age have been recorded and many have been systematically surveyed and excavated. Current issues focus on the economic base of the various phases, the interpretation of certain features such as rock carvings and kilns, and the correlation of historical data with archaeological evidence.

William Meacham was educated at Tulane University in New Orleans, the Sorbonne in Paris and the Gregorian University of Rome.  Mr Meacham is an archaeologist specialising in South China.  He has resided in Hong Kong since 1970, holding positions at the Hong Kong Museum of History and the Christian Study Centre on Chinese Religion and Culture.  From 1980 to 2012, he was a Research Fellow at the Centre of Asian Studies, The University of Hong Kong.  He was previously the long-standing chairman of the Hong Kong Archaeological Society.  Mr. Meacham has directed more than thirty archaeological excavations in Hong Kong and Macau; the largest of these was the sixteen-month survey and excavation of Chek Lap Kok Island, now the site of Hong Kong's international airport.  Among his other research interests is the Turin Shroud, about which he is world-famous for his research.  Mr Meacham is author or editor of 10 books on archaeology including The Archaeology of Hong Kong and Rock Carvings in Hong Kong plus numerous articles in international archaeological journals.

Everyone attending the lecture receives a copy on CD of the speaker’s second e-book “40 Years An Archaeologist in Hong Kong.” Its 1,800 pages contain all his major archaeological writings, with many unpublished site reports submitted to the Government, plus major articles published in peer-reviewed journals.