Mark O’Neill
Wednesday, 31 Jan 2018
Google Calendar Outlook Calendar
Session 1 : Drinks Reception 5.30pm; Lecture 6.00pm Session 2: Drinks Reception 7.30pm; Lecture 8.00pm
Executive Centre, Level 3, Three Pacific Place, 1 Queen's Road East, Admiralty
Please state which session you would like to join. Registration method: Pre-payment. Please scroll down.
The Royal Geographical Society is delighted to welcome the renowned journalist and author Mark O’Neill to speak on “China’s British Mandarin: Sir Robert Hart". In the history of China, there has never been a foreigner like Sir Robert Hart. He was Inspector-General of the Chinese Imperial Maritime Customs in Beijing from 1863-1910 and the highest-ranking foreign official in Chinese history. His department contributed a substantial share of national revenue, up to one third in some years. This money was used to pay for many of the most important modernisation projects, including armaments and machinery factories, shipyards and the purchase of armed vessels that became China’s first modern navy. 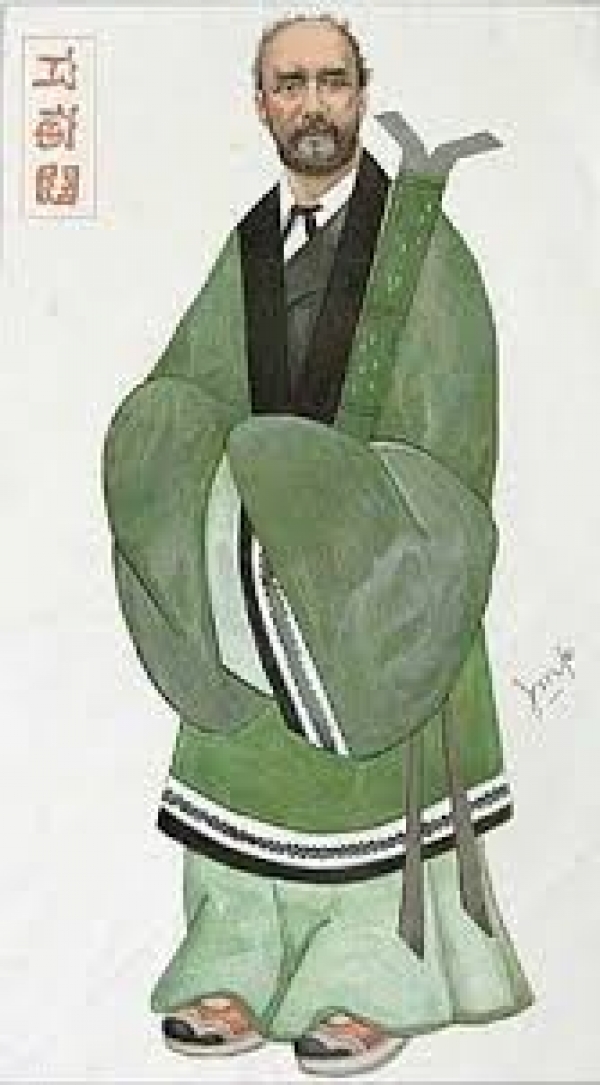 Sir Robert performed many services for the Qing government in addition to running the customs. He founded the Chinese Post Office in 1896, negotiated purchases of foreign warships and other weapons and negotiated a peace treaty to end the Sino-French war of 1884-85.  He also established a system of lighthouses along the Chinese coast. He was a trusted confidant of government leaders who constantly sought his advice on how to deal with aggressive and meddling foreigners.

His finest hour came in the Boxer Rebellion of 1900. With 1,300 other foreigners and 3,100 Chinese, he was trapped in the Legation Quarter for 55 days.  After the siege was lifted, many called for the partition of China or imposition of a new dynasty, but Sir Robert argued that the fault for the rebellion laid with the foreigners.

A prodigy, Sir Robert graduated from university by the age of 18, moved to China as a diplomat by the age of 19 and became the acting British Consul in Ningbo by the age of 22.  His power was such that 11 countries gave him titles and he is remembered in Hong Kong by Hart Avenue in Tsim Sha Tsui.  His personal life was just as dramatic. He had a Chinese lady friend, Miss Ayaou, with whom he had three children. He sent them to be brought up by a foster family in London. Then he married an Irish woman from his home place; they also had three children. He did everything in his power to prevent each family from knowing of, or meeting, the other.

Mark O’Neill gives a power-point presentation with rare historical photographs to illustrate the complex and extraordinary life of Sir Robert and the times in which he lived.  He argues that in his mastery of Chinese language, customs and manners, Sir Robert has much to teach all foreigners today.

Mark O’Neill was educated at Marlborough College and New College, Oxford University.  He worked as a journalist in Britain and moved to Hong Kong in 1978, working for Radio Television Hong Kong.  In 1981, he become an Editor at China Economic News, a subsidiary of United Daily News in Taipei and subsequently became a journalist with Reuter’s news agency, in Hong Kong, New Delhi, Beijing, Shanghai and Tokyo.  From 1997-2006 he was a Journalist with South China Morning Post in Beijing and Shanghai.  He is the author of: Tzu Chi — Serving with Compassion; Frederick, the Life of My Missionary Grandfather in Manchuria; The Chinese Labour Corps; From the Tsar’s Railway to the Red Army; The Second Tang Dynasty — The 12 Sons of Fragrant Mountain Who Changed China; The Miraculous History of China’s Two Palace Museums and Ireland’s Imperial Mandarin.  He is presently a lecturer in journalism at Baptist University, Hong Kong University and a freelance journalist for South China Morning Post and other Asia-based publications.​