The Royal Geographical Society is pleased to welcome Simon McCartney to speak on “Pioneering Climbing in Alaska: the first alpine ascent of Mt McKinley (Denali), the World’s Tallest Mountain”.  In this lecture, Hong Kong businessman Simon McCartney tells the extraordinary tale of two ground breaking first ascents in the Alaska Range during the 1980s, which changed mountain climbing forever. 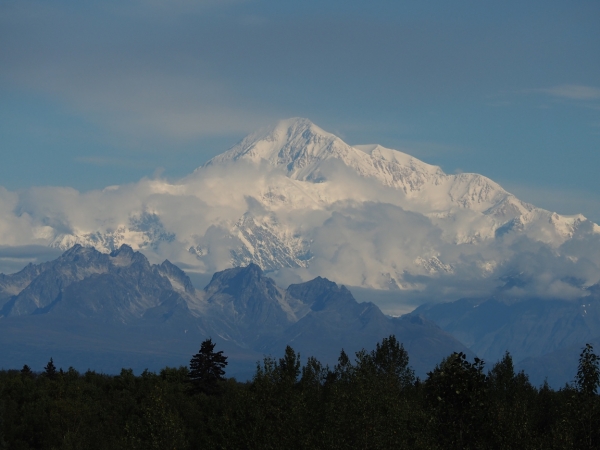 Mr McCartney had a paradigm-changing climbing season during 1977, during which he made first and extreme ascents on the Bernese Oberland and Chamonix. During 1978, he climbed in Alaska with his friend, Californian Jack Roberts, whose short but magical climbing partnership produced two extraordinary new climbs.  Their first climb, the first ascent of the north face of the unique rock pyramid of Mount Huntington during 1978 is considered to be so dangerous it has never been repeated.  Their second climb was the first ascent of the South West Face of Mount McKinley (Denali), in alpine style in 1980.  The audacious climb was sufficiently ahead of its time that it has only recently become appreciated for what it was.  This climb became the scene of a near tragedy from which the participants were lucky to escape with their lives from the World’s Tallest Mountain.

Mr McCartney describes these amazing feats in Alaska, reliving the adventures.  Through his narrative, the journals of climbers written at the time and hundreds of high quality photographs, historical and contemporary, he illustrates the events of these famous climbs.  He explains how the team took huge risks, suffered high altitude sicknesses and went without food for ten days, even making soup out of melted snow and toothpaste, but ultimately achieved success.

Simon McCartney hails from the United Kingdom and had already became an accomplished rock and ice climber in his teens, climbing in Britain and the French and Swiss Alps.  He is now a Hong Kong based entrepreneur who owns and operates specialist lighting companies in Hong Kong, Macau and Melbourne.  Mr McCartney was the designer of ‘A symphony of Lights’, a light show that has performed on Victoria Harbour ever since.  Previously a famous climber, he recently came to fame again during 2016 through his book, ‘The Bond’, describing his climbing from 1978 to 1980.  “The Bond” has been described as the ‘most important mountaineering book written in a decade’ and was the 2016 winner of both the Banff Mountain Festival award for Mountain literature, and the most important accolade of all, The Boardman Tasker award for mountain literature.