The Royal Geographical Society is pleased to welcome British athlete Adam Walker to speak on "The Seven Great Swims: Man vs Ocean".  Mr Walker is one of only two people in the world to have completed the Seven Great Swims on his first attempt, a series of the toughest ocean swims in the world.  In the lecture, which is generously sponsored by Hongkong Land and was a sell-out at RGS London, Mr Walker tells the story of the trials and triumphs of how he went from being a kettle salesman to being one of the world's greatest open water swimmers, taking on some of the toughest physical and mental challenges on the planet.  Mr Walker’s presentation is supported with incredible video footage and photographs, including of his being saved by dolphins from a shark. 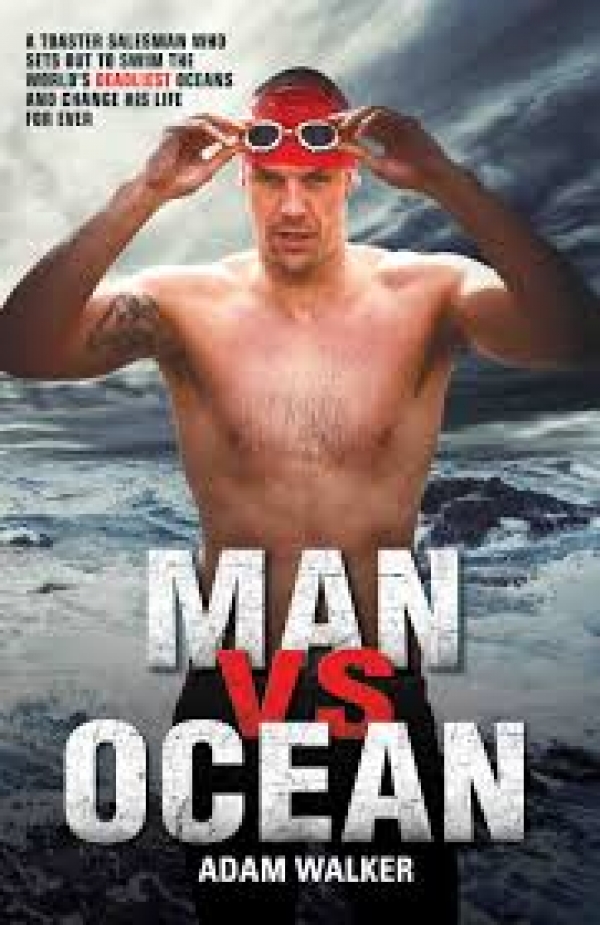 Mr Walker explains how he took on a gruelling training regime after his regular work to prepare for his first major open water swim, his crossing of the English Channel.  The Seven Great Swims series starts with the English Channel, the oldest recorded ocean swim, which has been contested since 1875.  He then goes on to discuss the odyssey of the adventure of completing the remaining six swims, crossing straights and channels in some of the most exotic locations on the Globe.

These include in Africa, the notorious Straights of Gibraltar, from Spain to Morocco and in Europe, the precarious tidal North Channel, from Scotland to Ireland.  In farther climes, he crossed the Tsugaru Strait, from Honshu to Hokkaido in Japan, the Cook Straight, between the North & South Islands of New Zealand, the Molokai Channel, between Oahu and Molokai in Hawaii and the Catalina Channel, between California & the Pacific Island of San Catalina.  These swims include almost every climate and challenge spreading over five continents.

In addition to his astounding adventures of crossing the waterways across five continents, he describes during the lecture what he faced during the swims including an encounter with a Portuguese man-o-war, which stung him in the middle of the Pacific Ocean in darkness.  Other stories include being escorted across the Cook Strait by a pod of dolphins, when there was a dangerous shark swimming underneath him, the video of which had 5 million hits.  This led to Mr Walker’s 2015 documentary on dolphin intelligence, to find out whether they were capable of sensing he was in danger and went to save him.

Adam Walker hails from Britain, where he was a kettle salesman before being inspired to train for swimming across the storied English Channel.  Mr Walker is now a full-time athlete, speaker and documentary maker.  He talks to a wide range of audiences in the UK, the US and Asia-Pacific about his amazing stories, his challenges and what drives him.  Mr Walker has raised large sums for charity, including for The Whale and Dolphin Conservation Society and Sports Aid.  He has had global coverage having featured on the BBC, ITV, ABC America, Fox TV, TV1, Channel 10 and many more, in addition to his own documentaries.

Members of the RGS and their guests are most welcome to attend this event, which is HK$150 for RGS Members and HK$200 for guests and others. This event is free of charge for any attendees under 18 or for students.

The Royal Geographical Society - Hong Kong wishes to express its thanks to Hongkong Land for its generous sponsorship of this event.