Jerusalem: Prize of Empires and Shrine of Faiths

Dr Simon Sebag Montefiore, FRSL
Saturday, 18 Jul 2015
Google Calendar Outlook Calendar
Drinks Reception 5.00 pm; Lecture 5.30 pm
1/F, The Hong Kong Club, 1 Jackson Road, Central
Please note that no denim, T-shirts or sportswear are permitted at the HK Club. In view of the likely popularity of this lecture please reply to This email address is being protected from spambots. You need JavaScript enabled to view it., stating the names of attendees who wish to book; there is no need to pay for your tickets in advance. 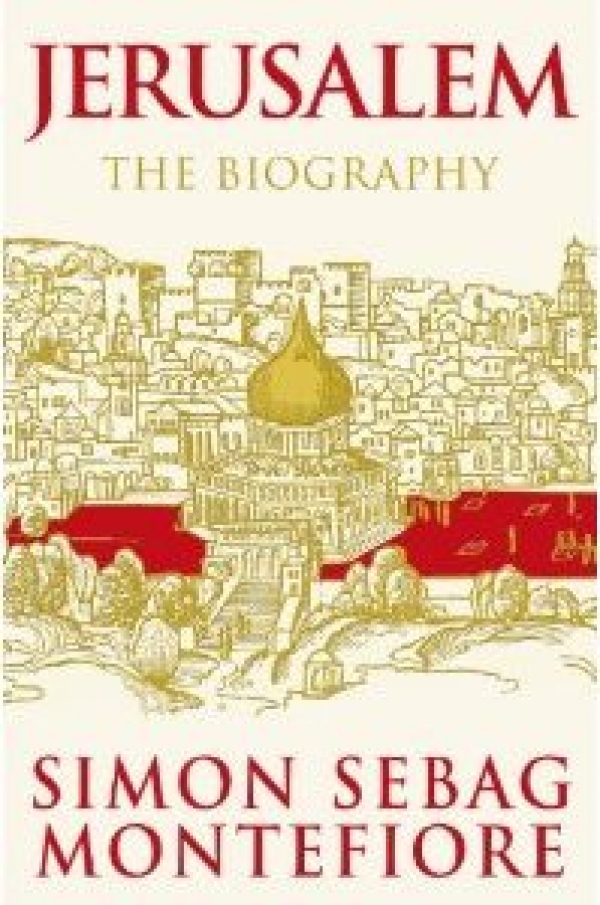 The Royal Geographical Society is delighted to welcome Dr Simon Sebag Montefiore to lecture on “Jerusalem: Prize of Empires and Shrine of Faiths”.  In this lecture, Dr Montefiore tells the extraordinary story of how this small remote city become the prize of empires, the site of Judgement Day and the battlefield of today’s clash of civilisations.  He discusses how Jerusalem became the universal city, the shrine of three faiths and a spiritual home to half of humanity.  From King David to Barack Obama, from the birth of Judaism, Christianity and Islam to the Israel–Palestine conflict, he recounts its epic history of 5,000 years of faith, fanaticism and coexistence.

Drawing on new archives, current scholarship, his own family papers and decades of study, Dr Montefiore illustrates the essence of sanctity and mysticism, identity and empire in a historical chronicle of Jerusalem, which has been at the centre of world history for much of its 5,000 years.  He discusses how this small, remote town become the Holy City, the ‘centre of the world’ and now the key to peace in the Middle East.  Dr Montefiore reveals this ever-changing city in its many incarnations, bringing every epoch and character to life.

Dr Montefiore tells Jerusalem’s story through wars, love affairs and revelations of the men and women – kings, empresses, prophets, poets, saints, conquerors and whores – who built, destroyed, chronicled and believed in Jerusalem.  As well as the many ordinary Jerusalemites who have left their mark on the city, its cast varies from Solomon, Saladin and Suleiman to Cleopatra, Caligula and Churchill.  In addition to Abraham, Jesus and Muhammad, in antiquity the city housed Jezebel, Nebuchadnezzar, Herod and Nero, while in modern times the Kaiser, Disraeli, Mark Twain, Rasputin and Lawrence of Arabia.

Dr Simon Sebag Montefiore was educated at Ludgrove School, Harrow School and Caius College, Cambridge, where he read history and subsequently received his doctorate.  Dr Montefiore's books have been world best-sellers, published in more than 40 languages.  His first history book, Catherine the Great & Potemkin, was shortlisted for the Samuel Johnson, Duff Cooper and Marsh Biography Prizes.  Stalin: The Court of the Red Tsar won History Book of the Year at the industry British Book Awards.  Young Stalin won the LA Times Book Prize for Best Biography, the Costa Book Award, the Kreisky Award for Political Literature, the Grand Prix de la Biographie Politique of France and was shortlisted for the James Tait Black Prize.  Miramax Films and Ruby Films have bought the rights to Young Stalin and are currently developing a film based on it. He is the author of the acclaimed Jerusalem: The Biography, which has been a best-seller worldwide.

Dr Montefiore also wrote and presented the BBC television series Jerusalem: Making of a Holy City, Rome: History of the Eternal City and his latest documentary, a history of Istanbul, Byzantium: A Tale of 3 Cities.   A Fellow of the Royal Society of Literature, Dr Montefiore regularly lectures around the world on Russia, the Middle East and on subjects such as Leadership and Revolution.