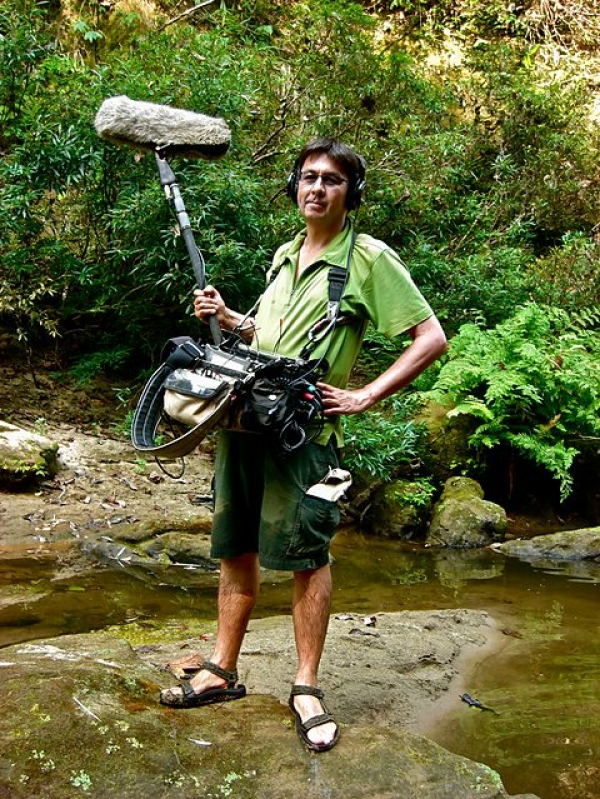 The Royal Geographical Society is delighted to welcome Mark Roberts to lecture on "Filming the BBC's Wild Burma: Nature's Lost Kingdom".  In this lecture, Mark Roberts, a BBC wildlife sound recordist for over 20 years, describes his experiences on location with the BBC Natural History Unit, visiting all parts of the planet.  These include some of the most famous documentary series of the era, including Wild China and Sir David Attenborough's The Frozen Planet.  He then takes the audience on a behind-the-scenes journey of filming the BBC’s Wild Burma series, the latest in the BBC’s Expeditions series.  The lecture is richly illustrated with video and audio clips showing the extraordinary filming achieved in difficult and arduous conditions.

Mr Roberts has explored some of the remotest parts of the planet.  His career has taken him high into the Papua New Guinean rainforest canopy, deep underground inside Venezuelan mountains and even right into the heart of Indonesia's volcanoes.  In the past 12 months, he has explored Vanuatu’s volcanic lava lakes, recorded lions mating in Zambia and lived with Mongolian nomads and Siberian reindeer herders.  He has been privileged to work with the world's leading natural history film-makers and is the only member of the BBC's team to have worked on every one of the eight Expeditions series, starting with Amazon Abyss in 2004.

Closed off to the world for over 50 years, Burma is rumoured to be home to a treasure trove of wildlife.  The biggest country in mainland South-East Asia, it is also the least explored.  With over half of the country covered in impenetrable forest, scientists believe that this forgotten land is home to undiscovered species, thousands of elephants, the world’s most elusive bear species and tigers on the brink of extinction.

For the first time a team of scientists and wildlife filmmakers were allowed exclusive access to explore this uncharted wilderness.  Their mission was to find out whether Burma’s vast, pristine forests could be the last stronghold for iconic species already lost to the rest of the world.  The team is presenting their findings to the Government of Burma/Myanmar to ensure it has the information it needs to protect these vitally important habitats and their exotic species for the future.

Mark Roberts was educated at St Albans, England.  He trained for broadcast sound engineering, working on programmes such as Red Dwarf and Alas Smith & Jones, as well as the hectic world of news reporting.  In 1993, he travelled to Hong Kong to become a sound recordist, working on documentaries about the upcoming 1997 Handover.  A chance encounter with a British cameraman then led to his involvement on his first wildlife film, The Secret Life of Seahorses, which won numerous international awards.  Since then Mr Roberts has worked on dozens of award-winning natural history series including Wild China, Walking With Dinosaurs and Lost Land of the Tiger.  In addition to his acclaim as a sound recordist, he has written articles and photographed for numerous magazines.

Members of the RGS and their guests are most welcome to attend this event, which is HK$150 for RGS Members and HK$200 for guests and others. This event is free of charge for any attendees under 18 or for students.