The Royal Geographical Society is pleased to welcome Hing Chao to speak on “The Orochen – China’s Last Nomadic Hunters”.  In the talk, Mr Chao describes his 20 years of research into the Orochen, China’s last great tribe of nomadic hunters.  The Orochen continue to practice subsistence hunting in the Khingan Mountains, which ring China’s north-eastern frontier with Russia across Inner Mongolia and Heilongjiang province, almost unknown to outsiders.  Today, the Orochen are one of 56 official nationalities recognised in China, but few are aware of their extraordinary history, territory and culture, which is in danger of being lost due to modernisation and lack of research of their history. 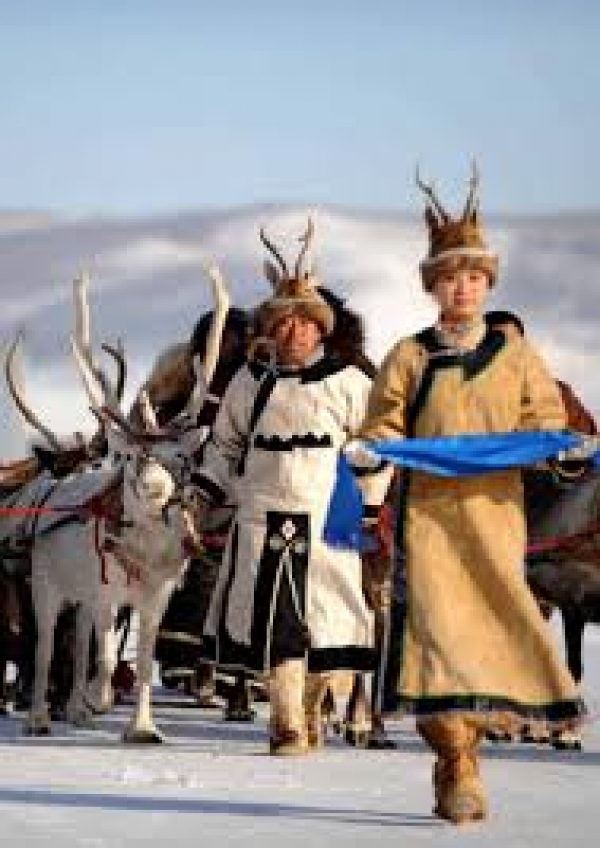 The Orochen first entered Chinese historic annals during Emperor Kangxi’s reign as reindeer herders, but gradually gave up the reindeer for the horse.  Over time, they developed a nomadic horse-breeding hunter-gatherer culture highly specialised in the hunting of various deer species prevalent in the Khingan Mountains.

During the Qing dynasty, the Orochen played a significant role in the Manchu imperial military forces, as part of the “all-conquering” Solon Eight Banners, which consisted of a number of horse-based ethnic groups.  The Solon Banners fought in campaigns as far-flung across Asia as Nepal, Sichuan, Korea and Vietnam, providing the finest cavalry for the imperial troops.  In this finely illustrated lecture, Mr Chao tells the tale of the Orochen and illustrates the stunning landscapes of their mountain territories and their unique culture.

Sih Hing Chao was educated at Uppingham School and read Philosophy at Durham University.  Since then he has pursued a career in education, culture, philanthropy and business.  He is an expert on many aspects of Chinese culture, particularly in the fields of endangered minority cultures, ethnohistory and Chinese martial studies.  In his efforts to preserve the cultural heritage of China, he is a pioneer in the research and revitalisation of many of its endangered aspects, from Chinese martial arts and sports, to minority music, material culture, sustainable urban renewal projects and knowledge systems.

Mr Chao established the Orochen Foundation, a NGO dedicated to the cultural survival of the ethnic minorities of Northeast China.  Since then, he has been experimenting with an integrated approach, which combines community development, heritage conservation, and eco-management, to create a model for sustainable development.  Mr Chao is a visiting lecturer at Hong Kong Polytechnic University, has organised more than 20 conferences, is the author of seven books and has published more than 70 articles.