The Honourable Chief Justice Geoffrey Ma, GBM QC SC
Thursday, 18 Jun 2015
Google Calendar Outlook Calendar
Drinks Reception 6.30 pm; Lecture 7.30 pm
The Function Room, LRC Club, 10 Old Peak Road, Mid Levels
In view of the likely popularity of this event, pre-registration is requested. To reserve seats, please reply to This email address is being protected from spambots. You need JavaScript enabled to view it., stating the names of attendees who wish to book; there is no need to pay for your tickets in advance.

The Royal Geographical Society is honoured to welcome as Guest of Honour The Honourable Geoffrey Ma, Chief Justice of the Court of Final Appeal of Hong Kong. In his address, Chief Justice Ma discusses the immense lasting legal significance of the Magna Carta and why this document, emanating from the Middle Ages, has managed to develop a momentum that was to engulf the New World, the modern World and even to have a contemporary significance in Hong Kong. 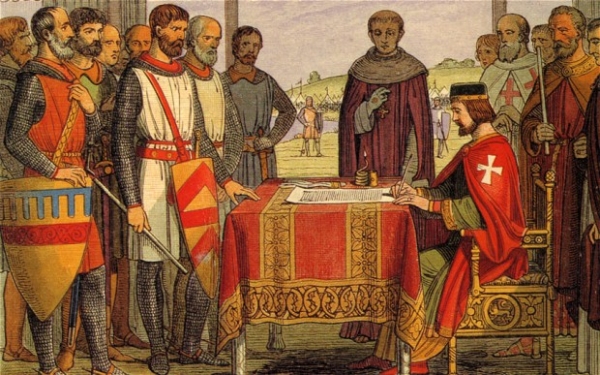 The Magna Carta, or the “Great Charter”, was signed by King John and the Barons of England at Runnymede, near Windsor, in June 1215.  It is widely considered the greatest symbol of liberty today.  Reaching its octocentenary this month, its principles are reflected in the constitutions of almost every country in the world, most notably in that of the United States.  It has been described as "the greatest constitutional document of all times – the foundation of the freedom of the individual against the arbitrary authority of the despot".

The Honourable Geoffrey Ma read law at the University of Birmingham, before being called to the Bar as a barrister in England and Wales.  He moved to Hong Kong in 1980, practicing as a barrister.  He was appointed in December 2001 as a Judge of the High Court of Hong Kong and in 2002 as a Justice of Appeal of the High Court.  Since June 2010, he has been Chief Justice of the Court of Final Appeal.

Members of the RGS and their guests are most welcome to attend this event, which is HK$150 for RGS Members and HK$200 for guests and others.  This event is free of charge for any attendees under 18 or for students.