Explorations of the Peripheries of China 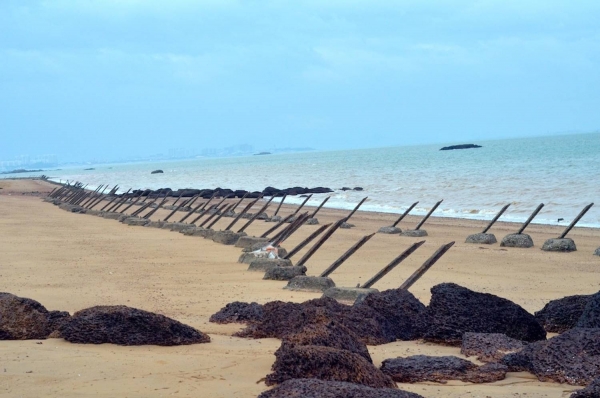 In this lecture, Dr Bleisch presents a summary of the China Research & Exploration Society’s explorations and projects in remote areas where China and her southern neighbours share a common border.  These include in northwestern Nepal, where China, India and Nepal come together and in Burma/Myanmar, where China trade has shaped history for hundreds of years.  He also speaks of the challenges both political and ecological in Laos, where wild elephants roam across political boundaries.  He also discusses the situation in Palawan Island, near the hotly disputed Spratly Islands.

Wong How Man then describes the fascinating Tai Ping Atoll, an island among the Spratly Islands, long controlled by Taiwan.  He then discusses the interesting ecology of the disputed Paracel Islands south of Hainan, controlled by China.

Wong How Man has also recently made several trips to islands off the main island of Taiwan, including Orchid Island, where an indigenous tribe is fighting for survival as Taiwan has decided to designate the island for a nuclear dump.  He also discusses the situation at Lu Dao, or Green Island, a paradise for divers but long an imprisonment island for political prisoners, including former Taiwan President Chen Shui-bien.  He also talks of Peng Hu Island, with a special history connecting it to China, and Kin Men, part of Taiwan though only 2 km from China, with a contemporary history of battles between Taiwan and China.

Hailing from California, USA, Wong How Man is the Founder President of the China Research & Exploration Society.  Being “China’s most accomplished explorer”, Time Magazine has honoured Mr Wong as one of their 25 Asian Heroes.  In a career spanning thirty years of exploration in remote China together with neighbouring countries, Wong How Man is a veteran at the National Geographic, having led six major expeditions for the magazine.  In 1986, he founded the China Exploration & Research Society, which expanded his exploration work to conservation of China’s natural and cultural heritage.  He has authored 15 books and innumerable articles, and his work has been featured often on CNN, National Geographic Channel and many other media.

American biologist and naturalist Dr William Bleisch has worked for 25 years for the China Research & Exploration Society in field research and conservation.  He is one of Asia's best-known conservationists.  Dr Bleisch is now CERS’s Research/Programme Director.