Gala Dinner in celebration of the 20th Anniversary RGS-HK: "The Glories of East Africa"

Dr Richard Leakey, FRS The discoverer of the origins of mankind, the world's most famous environmentalist, and the former Cabinet Secretary of Kenya and Chairman of the Kenya Wildlife Service
Friday, 6 Feb 2015
Google Calendar Outlook Calendar
6.30 for 7.30 pm Drinks & Banquet dinner with address by Dr Richard Leakey
The China Club, The Old Bank of China Building, Bank Street, Central 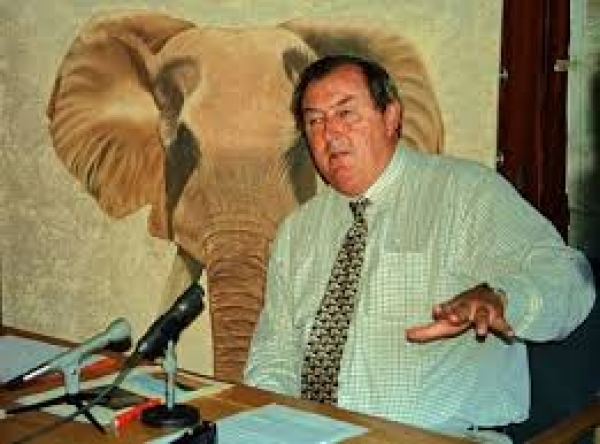 Dr Richard Leakey is an iconic figure worldwide, known for his leading roles in government, conservation and palaeontology.  Dr Leakey is the former Cabinet Secretary & Head of the Civil Service of Kenya.  He is also the former Chairman of the Kenya Wildlife Service, during which period he developed the National Park management systems now used throughout Africa.  He is also the world’s most famous palaeontologist, having discovered the early examples of Homo Erectus and Homo Sapiens, completing a fundamental part of the story of the “Cradle of Mankind”.

It was announced recently that there is to be a Hollywood movie about Dr Leakey’s whole career, directed by Angelina Jolie with Forrest Gump script-writer Eric Roth, a testament indeed to his iconic standing worldwide.

Dr Leakey is one of the most important palaeontologists in history, having found the earliest examples of all of Homo Ergaster, Homo Erectus and Homo Sapiens. These he conserved while Director of the National Museum of Kenya, helping to complete the story of the “Cradle of Mankind”.  Dr Leakey’s most famous finds include Homo Sapiens, dating to 160,000 years, the first proof that Homo Sapiens coexisted with Homo Neanderthalensis and Homo Rudolfensis and Homo Erectus in Northern Kenya.

Dr Leakey was the first head of the Wildlife Conservation and Management Department, founded in response to the international outcry over poaching and the impact it was having on the wildlife of Kenya.  The department was replaced by Kenya Wildlife Service with Dr Leakey as its first chairman.  Dr Leakey revolutionised the management of national parks both in Kenya and elsewhere, including the then virtual elimination of poaching.

Dr Leakey is the author of many books, including Origins, The People of the Lake, The Illustrated Origin of Species, The Making of Mankind, People of the Lake: Mankind and its Beginnings, Making of Mankind, One Life: An Autobiography, Origins Reconsidered, The Origin of Humankind, The Sixth Extinction and Wildlife Wars: My Fight to Save Africa's, Natural Treasures.  He has lectured worldwide, has appeared in countless media, often as the cover story, and is a Fellow of the Royal Society.

The evening comprises a drinks reception with a 10-course Chinese banquet dinner with wines and lecture.  In view of the popularity of this dinner, priority is being given to RGS-HK Members and their guests.

For this event, there is pre-booked individual seating available, or you may arrange a group at a table, or book a table of 12 people.  Tickets are priced at HK$1,080 each for RGS Members with HK$1,380 each for guests, who receive complimentary membership of the RGS-HK until 31 March 2016.

Please kindly RSVP to This email address is being protected from spambots. You need JavaScript enabled to view it.

The Royal Geographical Society - Hong Kong wishes to express its thanks to the following for their generous assistance with this Gala Dinner: